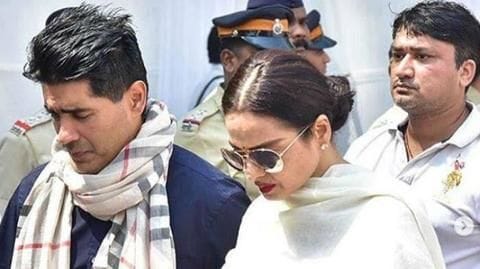 Karan Johar, Boney Kapoor, and Shabana Azmi were among several Bollywood personalities who arrived at renowned fashion designer Manish Malhotra's residence in Mumbai this morning, to attend the last rites of his father.

Mr. Malhotra had not been keeping well since some time and passed away on Monday. He was in his early 90s. 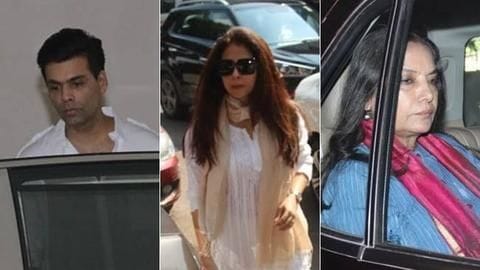 Manish's close friends and colleagues from the industry thronged the Malhotra residence, soon after the saddening news surfaced.

Among others to attend the crowded funeral were actor-turned-politician Urmila Matondkar, Manish's nephew and director Punit Malhotra (Student of the Year 2), actress Sophie Choudry.

Shabana and Johar were among the first ones to reach his place. Notably, Manish and Johar have collaborated numerous times.

Here are some images from the funeral

Manish started designing for Bollywood in 1990 with 'Swarg' Goes without saying, Manish, one of the most prolific fashion designers in the country, is B-Town's go-to man for fashion and movie costumes. 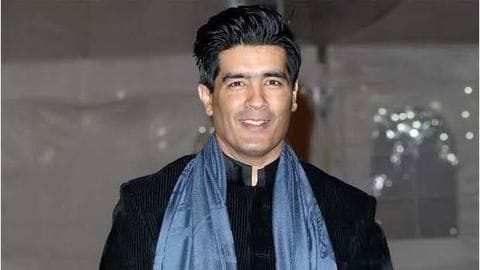 In a career highlight, Manish also designed outfits for Michael Jackson during his India visit in 1999.

He has also won a Filmfare Award for Costume Design for styling Matondkar in the 1995 film Rangeela.

Further, he recently ventured onto stage as well when he designed for Feroz Abbas Khan's adaptation of K Asif's superhit film Mughal-e-Azam in 2016.

On his birthday, Sidharth Malhotra shares first look of 'Shershaah'

Tinaa Dattaa's 'Daayan' to go off-air next month: Here's why