The Hulk is one of the strongest Marvel heroes. Bruce Banner's angry alter ego, which emerged after a gamma radiation experiment accident, loves to smash things and pick fights.

The brawler has fought some Marvel characters who have defeated and even killed him.

Read about them here.

A brave man in a suit of armor 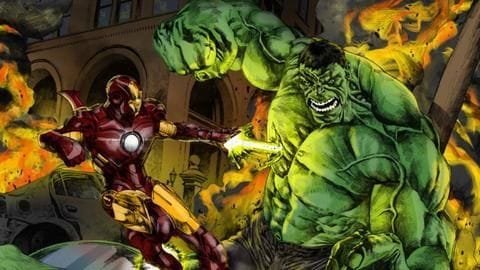 Fans of Marvel films will remember Hulk and Iron Man's iconic fight in 'Age of Ultron' where Tony Stark used the Hulkbuster suit.

However, in the comics, Tony once fought Hulk in his regular Iron Man suit.

He tried drowning and strangling the Hulk, before using all his suit's power to land a knockout blow.

Though Iron Man won, the attack immobilized his suit. 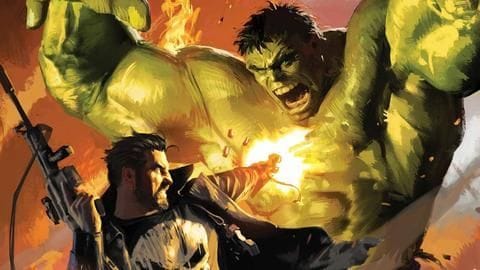 In Marvel's 'The Punisher Kills the Marvel Universe', Frank Castle, the Punisher, blames superheroes for his family's death.

On his vengeful path, he kills the Hulk in an unfair fight.

Frank plants a tracking device on the Hulk and once he turns back to Bruce, the Punisher shoots him dead.

The Hulk never stood a chance against the Punisher's meticulously planned kill.

The claws that ripped the monster The old man Logan comic series, showing Wolverine's old age, is infamous for its depiction of violence and gore.

The Hulk went up against Wolverine when Banner's family killed Wolverine's.

After killing Hulk's family, he fought Hulk and was eaten alive.

However, his healing factor allowed him to regenerate inside the Hulk's body, and he ripped his way out, killing the green rage machine.

Ganging up on the green monster The Hulk shares a bittersweet bond with Fantastic Four member, the Thing, but the team managed to take down the Hulk once.

At the military's behest, the Fantastic Four attacked Hulk.

Johnny Storm blinded him with fire, Sue Storm cut off his oxygen, Reed Richards restrained him and the Thing knocked him out.

Though the Hulk lost, four against one hardly seems fair. Deadpool has the distinct honor of having killed the Hulk twice.

Once, he began to lose his regenerative powers and was convinced that Hulk's blood could help him.

In a fight where the Hulk leaped at him, Deadpool impaled the beast on a broken signpost, getting his required blood.

The second time, Deadpool sneakily kills the Hulk once he turns back to Bruce.

Hulk went up against DC's Superman and Batman in crossover comics. The Kryptonian easily beat the Hulk with his sheer strength. Batman too surprisingly got the better of Hulk, punching him over the ears, using knock-out gas and taking him out with a well-placed shot.

Five most amazing powers of She-Hulk

Do you know the Hulk has these five weaknesses?