Suhana Khan's first short is out, and she is spectacular!

If you happen to be the daughter/son of Shah Rukh Khan, that means you've been scarred with a bulky baggage of enormous expectations, for life.

But you can either let it subdue your prospects (case in point, Abhishek), or use it to shine brighter.

And, we believe Suhana Khan has decided to tread the latter route, courtesy her maiden short film.

'The Grey Part of Blue' released on November 17 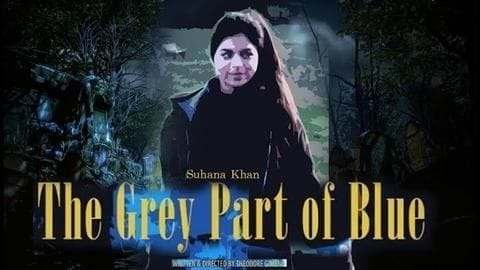 Suhana's much-awaited acting debut took place humbly on YouTube, not the way you expect a star-kid to mark their entry into the field (looking at all KJo kids). The short movie, titled The Grey Part of Blue, came out on November 17.

Written/directed by Theodore Gimeno, the film is about a young couple confronting the complexities of their relationship, over a two-day-long road trip.

And guess what, Suhana nailed it! 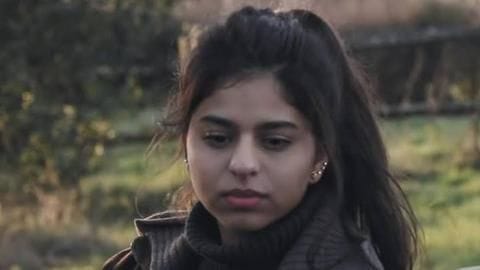 The highlight of the 10-minute-long movie remains the beautifully refreshing and riveting performance from Suhana.

Comparisons with her father notwithstanding, it would be fair to say that the 19-year-old has won our hearts with her subtle and super-promising performance, which is so atypical of her contemporaries in Bollywood.

One wonders if Suhana might choose to ditch run-of-the-mill Bollywood stuff, and venture into independent cinema.

Last year, videos of Suhana from a stage play surfaced

In fact, last year, Suhana took the Internet by storm after videos of her portraying the role of Juliet in a modern-day stage adaptation of Romeo and Juliet in London, surfaced online.

After attending the play, SRK had penned a post for Suhana, "With my Juliet in London. What a wonderful experience and exceptional performances by the whole cast. Congratulations to the whole team."

With my Juliet in London. What a wonderful experience and exceptional performances by the whole cast. Congratulations to the whole team.

Suhana is currently pursuing an acting course from NYU

Having completed her schooling from Dhirubhai Ambani International School in Mumbai, Suhana graduated from Ardingly College in England, this year. She is currently pursuing an acting degree from the New York University (NYU).

A glimpse into Suhana Khan's life as NYU freshman