'Chhapaak' controversy: All that happened since Deepika Padukone's JNU visit 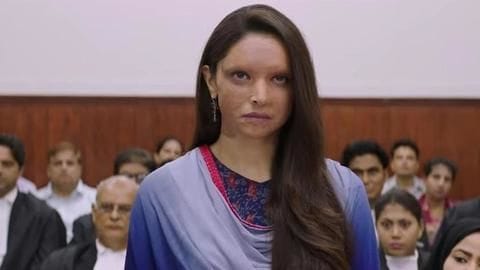 The Deepika Padukone-starrer Chhapaak may have been making headlines the past few days, but that's clearly not translating into money due to a PR nightmare.

Ever since, Chhapaak has had to wade through fake news and right-wing propaganda amid an ongoing court case. 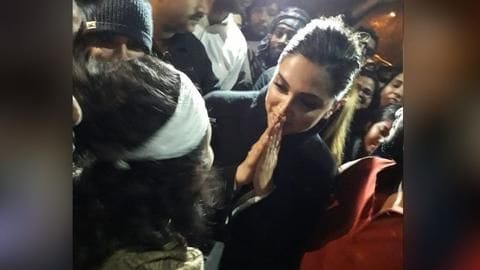 On January 7, Padukone visited JNU to express solidarity with the students after a brutal attack at the university which left 34 injured just two days before.

The attack was led by masked goons and an investigation is underway.

Why is that controversial? Since February 2016, anything that so much as breathes around JNU is often undeservedly regarded as "anti-national" and "separatist."

The right-wing, which has been critical of JNU, slammed Padukone for joining the "tukde-tukde gang"—a term coined by the Right and often used to accuse Left activists of being "separatists."

Some even claimed that Padukone only attended the protest to promote Chhapaak and boycotted the film.

People "canceled" their tickets to 'Chhapaak' 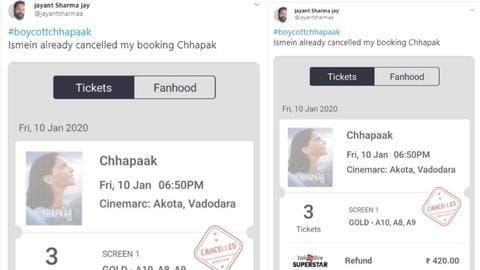 Several users said they "canceled" Chhapaak tickets and shared screenshots as "proof." However, it was found that the same screenshot of the same canceled tickets was tweeted repeatedly by different accounts.

A clip of Padukone's 2010 interview also went viral where she said she wanted Congress's Rahul Gandhi to be Prime Minister.

Others shared memes attacking Padukone, some even insensitive towards acid attack survivors.

Many Twitter users, including leaders of the Bharatiya Janata Party, also started promoting the film Tanhaji: The Unsung Warrior, releasing the same day as Chhapaak. Tanhaji is a period drama depicting the life of a Maratha military leader and has nationalist overtones.

Ahead of Chhapaak's release on Friday, BJP supporters and leaders alike accused the filmmakers of changing the name of the acid attack perpetrator from Muslim (Naeem Khan) to Hindu (Rajesh).

Khan was the man who threw acid on Laxmi Agarwal, the acid attack survivor/activist on whose life Chhapaak is based.

Even after the name change claim was disproved, many continue to peddle the lie. 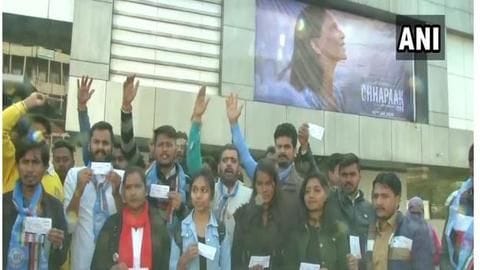 Although acid attack survivors asked not to politicize the crucial subject that Chhapaak touches on, political parties continued to make things worse.

In MP, BJP pushed for tax exemption for Tanhaji. BJP workers also urged people not to watch Chhapaak, a "movie of anti-nationals." 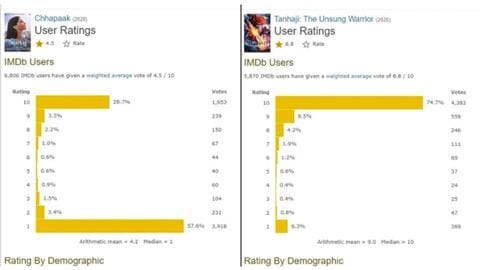 Since the film's release, trolls have continued to attack Chhapaak, comparing its Box Office collection to Tanhaji, which performed significantly better.

Chhapaak is Padukone's "lowest opener," collecting Rs 4.77 crore on its first day. Till Monday, the film had earned around Rs. 21cr, while Tanhaji collected Rs. 73.25cr.

Even though Chhapaak received glowing reviews, its IMDb rating fell to 4.4/10, with 56.8% 1-star ratings.

Brands to give less visibility to Padukone: Report 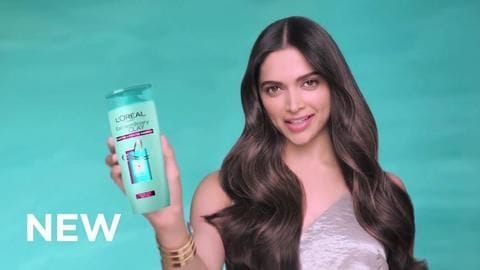 Earlier, writer Rakesh Bharti had also approached the Bombay High Court against Chhapaak's makers claiming the idea for the script was originally his and sought to be credited.

Did Deepika call out Salman for calling depression a "luxury"?

Deepika on '83: Romi goes through extreme highs and lows