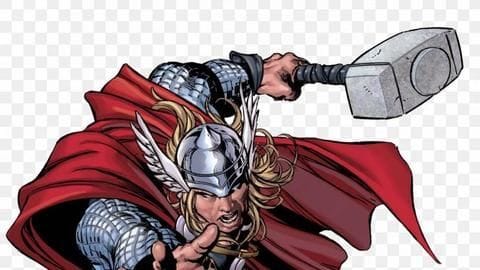 Thor literally is a God, the God of Thunder. Blessed with super strength, near immortality, advanced healing, flight, and the magical hammer Mjolnir, he is a formidable opponent in battle and one of the strongest Avengers.

However, the Asgardian is not without his own set of weaknesses, that have caused him grievous harm time and again.

We bring you, the five weaknesses of Thor.

The invisible knife penetrates the deepest 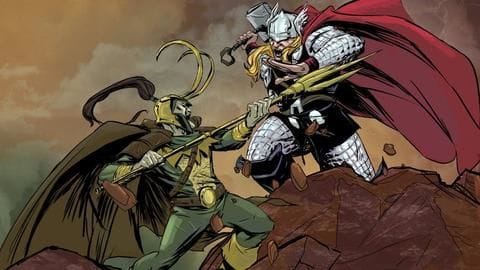 Thor despite his strength, is a little naive in his study of human nature.

Loki, his brother, keeps making life difficult for him, and Thor continues to treat him leniently instead of ending his menace once and for all.

Thor hopes Loki will one day see the light of good and reform himself, and this leads to further pain as Loki keeps tricking Thor.

Beware the serpent and its bite Jormungandr is a serpent from Norse mythology that Marvel comics borrowed. The massive serpent's teeth are enough to grievously injure Thor.

Normally, Thor's skin is impenetrable, but Jormungandr's teeth can cut right through.

In one of the Spider-Man issues, Rhino was fitted with a tooth and rammed Thor, taking the Asgardian out of the equation, proving how dangerous Jormungandr is to Thor.

Ushering in the twilight of the gods 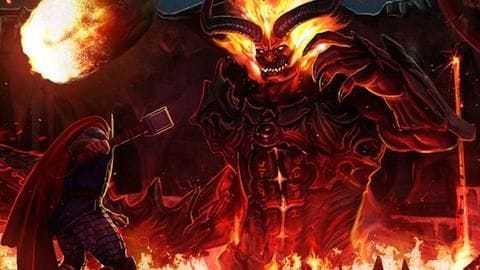 The Twilight Sword belongs to Surtur, the demon who wants to usher in Asgard's apocalypse, known as Ragnarok.

The flaming sword can cut through anything and Mjolnir is ineffective against it.

Once Hela, Thor's sister and Goddess of Death, wielded this sword, dealing a devastating blow to Thor by shoving it straight through him.

Luckily he managed to save himself before she decapitated him.

The curse of magic on gods Despite being a God, Thor is susceptible to magical attacks.

Amora the Enchantress and Lorelei the Sorceress, her sister, used magic to make Thor fall in love with her and sexually assaulted Thor, respectively.

More importantly, Jarmbjorn a magical battle ax forged by the dwarves that gave Thor his hammer, Mjolnir, fell into the wrong hands and was used to chop off Thor's arm.

The sword of Damocles 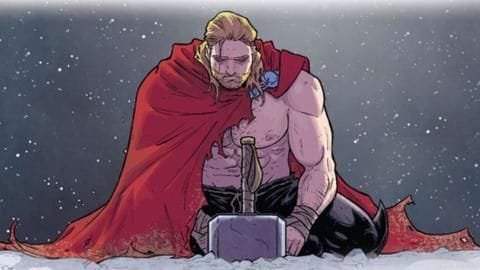 Since Doctor Strange bound Thor's life force to Mjolnir, he can use the hammer's power to the fullest extent, even discharging devastating blows.

However, if any damage or destruction comes to Mjolnir, Thor potentially feels an equal amount of pain. This creates a scenario where potentially destroying Mjolnir would lead to the death of Thor.

#ComicBytes: Thor's body is weird, these five facts prove it