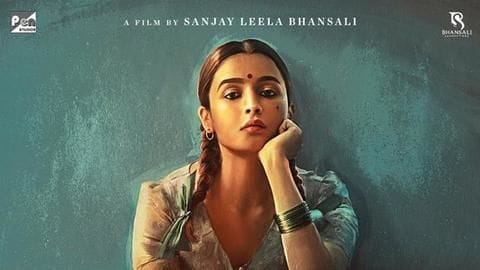 The impressive posters show Alia in a whole new and intense avatar, as the actress braces to bring alive the titular character of real-life, Mumbai-based underworld don and brothel owner Gangubai.

The film has been directed and co-produced by Sanjay Leela Bhansali. 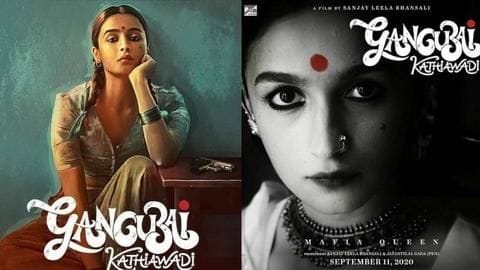 The posters, shared by Bhansali Productions across their social media handles, portray Alia from two different phases of her character's life.

While one poster shows Alia in a younger avatar, wearing a blouse, skirt, bangles and sporting two pigtails, the other one shows a close-up shot of her character's older version, wherein she is wearing a big red bindi, a choker, and Kathiawadi nose-ring.

Filming for 'Gangubai' began in December 2019 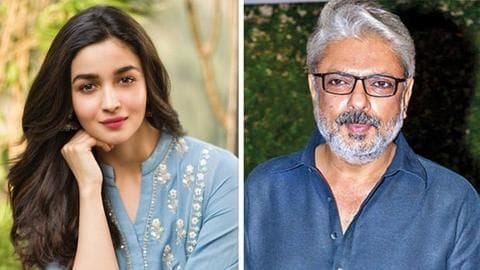 The shooting for the film kicked off recently in December 2019, as Alia posted a picture of her vanity van and a sticker with "Gangubai" written on it, on Instagram.

She captioned the image as, "Look what Santa gave me this year." 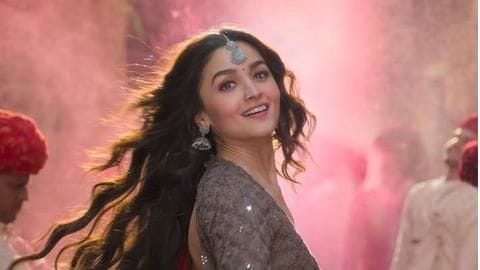 Gangubai will be the first collaboration between Alia and Bhansali.

Written, directed, and co-produced (along with Jayantilal Gada of Pen India Limited), Gangubai Kathiawadi is based on portions from noted journalist/author Hussain Zaidi's book Mafia Queens of Mumbai. Vijay Raaz also stars in the film.

The film reportedly also has Ajay Devgn in a special appearance.

It is set to release on September 11.

Who was Gangubai Kathiawadi?

For the unversed, Gangubai Kathiawadi, also known as Gangubai Kothewali, was a matriarch, gangster and brothel owner, known for running one of the most infamous brothels in Kamathipura in Mumbai, back in the 1960s.

There will be no conventional song, dance scenes in 'Gangubai'

It was recently reported that Gangubai will not have any conventional song and dance sequences, which are an otherwise typical part of Bhansali's films.

Reportedly, Bhansali has composed some folk songs for the film, but they will only be played in the background.

"Alia plays a gangster and will stay in character," Bollywood Hungama had quoted a source as saying.

Alia has three other major films releasing in 2020

No song and dance sequences in Sanjay Bhansali's 'Gangubai Kathiawadi'?