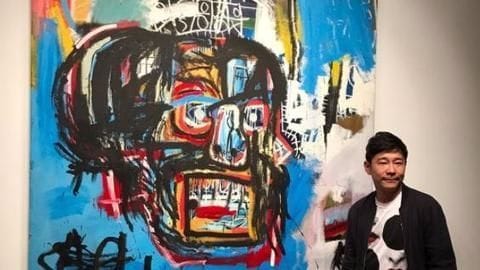 A painting by Jean-Michel Basquiat has broken several records by selling for a whopping $110.5mn.

This is till date the most expensive work of art by an American artist. It is also the costliest by a black artist, and the first since 1980 to cross the $100mn mark.

His second most expensive work was bought last year by the same collector. It was a tense 10 minutes as at least four bidders on phone and in the room crossed the $60mn mark: the price guaranteed previously by a third party.

Maezawa, who paid $57.3mn last year for another Basquiat piece, plans to open a museum someday. Basquiat's painting is now one in 11 which went beyond $100mn, including works by Pablo Picasso and Francis Bacon.

The native New Yorker, who died in 1988 at 27 due to a heroin overdose, had been an artist for just seven years.

His 80 works have till now generated $171.5mn; his auction high has also increased by ten times in the last 15 years.

Basquiat was a member of 27 Club

Basquiat is also a member of the 27 Club: popular artists, actors and musicians who mostly died violent deaths at 27. Jimi Hendrix, Jim Morrison and Brian Jones, all died at 27 during 1969-71, but the club was conceptualized after Kurt Cobain's death in 1994.

Japanese billionaire looking for a girlfriend for Moon trip

Billionaire giving away Rs. 64cr to random people: Here's why