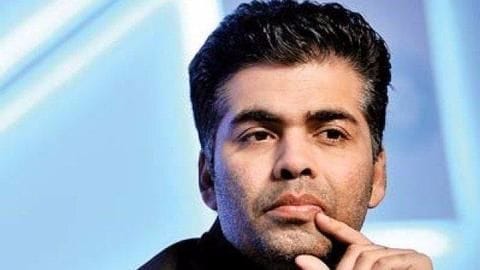 Reportedly, the star plans to host a grand party for his Bollywood friends at his house with the likes of SRK, Salman Khan, Aaamir Khan, Abhishek Bachchan, Aishwarya Rai Bachchan, Deepika Padukone and other bigshots of the industry.

We take a look at his life to mark the occasion. Born on 25th May, 1972, to Bollywood director Yash Johar and his wife Hiroo Johar, Karan Johar spent most of his childhood in Mumbai.

After completing his schooling from Greenlawns High School, and receiving a master's degree in French from the H.R. College of Commerce and Economics, he made his debut in the film industry in 1989 as part of Doordarshan serial Indradhanush.

The success of Dharma Productions Initially owned by Yash Johar, Dharma Productions was passed to Karan Johar after his father's death in 2004.

The company's initial success from 1990-1998 during which films like Amitabh Bachchan's Agneepath were released was augmented by Karan Johar.

Starting with his directional debut Kuch Kuch Hota Hai, Karan Johar took the company to new heights with critically acclaimed films like My Name is Khan. Films apart, Karan Johar has also enjoyed tremendous success in television, mostly due to his show Koffee With Karan.

2012 onwards, he also served as a judge for reality shows Jhalak Dikhhla Jaa and India's Got Talent. Karan Johar's personal life choices have been out in the open making him an outlier in the Bollywood film industry.

Although he has never confirmed his homosexuality, he has never denied it either, thus leaving it up to the audience to interpret.

On 6th March 2017, he announced that he had fathered two children, Yash and Roohi, through surrogacy.

Karan Johar's autobiography and its revelations Released this year, Karan Johar ended up augmenting his stardom through the release of his autobiography "An Unsuitable Boy".

The book, released by Shah Rukh Khan, revealed several aspects of his life in detail, including his sexuality, his spat with actress Kareena Kapoor, the end of his 25 year-old friendship with Kajol, his loss of virginity, and his rapport with SRK among others.

Did Karan Johar really host the drug party? He reveals

Karan Johar's rainbow bag is worth a decent car!