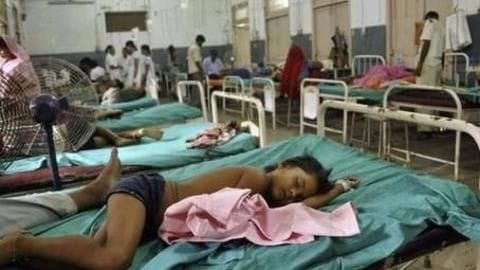 After the Gorakhpur fiasco, reports have emerged about infant deaths at a Chhattisgarh hospital due to drop in oxygen supply pressure.

Hospital authorities insisted that despite the drop in pressure, there was no cut in supply.

However, the operator in charge of oxygen supply was suspended after he was found inebriated on duty.

The scene at the BR Ambedkar Hospital

One of the victims was a five-day-old baby who had a hole in the heart. CM Raman Singh has ordered a probe. Senior officials including the director of health services have reached the hospital and are monitoring the situation. After over 60 children died in Gorkakhpur's BRD Hospital allegedly due to lack of oxygen supply, the spotlight has fallen on the dismal conditions in the health sector, particularly in rural areas.

The 700-bed hospital has just one vendor to supply oxygen tanks.