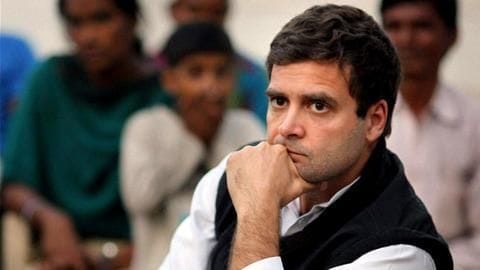 Congress President Rahul Gandhi has written a letter to the Central Board of Secondary Education (CBSE) over media reports claiming massive data breach of the candidates who appeared for the NEET examination this year.

He also demanded a thorough inquiry into the matter.

"I am shocked by this wide-scale theft of personal data compromising the privacy of candidates across the country," Gandhi wrote.

In the letter to CBSE chairperson Anita Karwal, Gandhi called for putting in place additional safeguards to prevent such a breach in the future.

The Congress leader's letter comes following reports that personal data, including names, phone numbers, and email-ids of over 200,000 candidates, who appeared for CBSE's National Eligibility and Entrance Test this year were available for a price on some online portals.

Gandhi said it highlighted the serious lack of safeguards to prevent data-breach, and calls into question the ability of CBSE to ensure the sanctity of the examination process.

"I strongly urge you to take action against the officials responsible for the same. Also, I request you to put (in) additional safeguards to prevent the recurrence of such data breaches," Gandhi said in the letter.

NTA to declare NEET results: Here's how to check yours