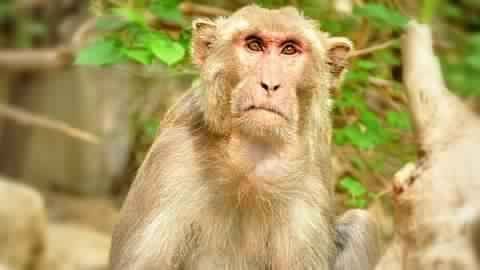 Naidu, who is the Chairman of the Upper House, said the official residence of the Vice President of India is facing a monkey menace.

"Hope Maneka Gandhi is not there," he remarked in a lighter vein referring to animal rights activists and Union Minister.

Ram Kumar Kashyap of the Indian National Lok Dal raised the issue of monkey menace in Delhi through a Zero Hour mention in the Rajya Sabha.

He said monkeys uproot plants as well as carry away clothes left out for drying.

An MP was delayed for a committee meeting as he was attacked by monkeys, he said asking the government to find a solution.