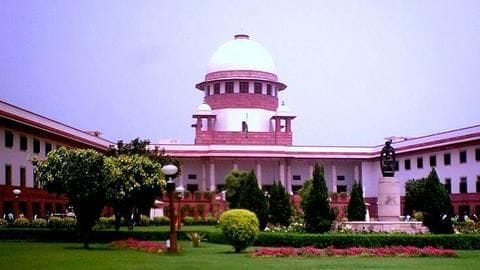 In an important judgment, the Supreme Court on Wednesday upheld the legality of Aadhaar program and noted it empowered the marginalized section of the society.

The apex court struck down some provisions relating to authentication of the programme, and the Section 57 of Aadhaar Act.

From mandatory PAN-linking to mobile companies pestering you, here's how the judgment affects you.

Don't have to link mobile number, bank account to Aadhaar Those challenging the constitutional validity of Aadhaar alleged it was a massive surveillance activity.

Quelling these fears, the apex court ruled linking Aadhaar with mobile number and bank account is not mandatory.

With the striking down of Section 57 of the Aadhaar Act, private companies can no longer ask for your details, which is essentially a 12-digit unique number. 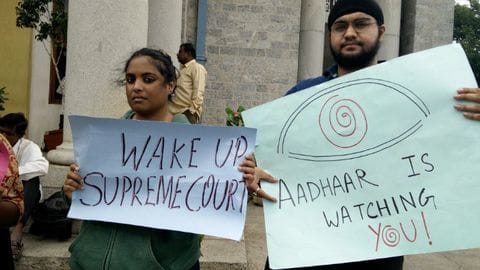 The bench said schools can also not make Aadhaar mandatory for children's admission.

"For enrolment of children in Aadhaar, it would be essential to have the consent of parents. While attaining the age of 18, they will be given the choice of exit," Justice Sikri explained.

You still have to link PAN card with Aadhaar The Court ruled linking PAN card with Aadhaar is mandatory. In the last few months, the Centre had extended the deadline for this, numerous times.

Notably, the apex court also said that Aadhaar Act needs to be passed as Money Bill in the Parliament, meaning it will not be sent to Rajya Sabha and can be cleared in the Lok Sabha itself.

How to link PAN card with Aadhaar card?

You can link your PAN card with Aadhaar card online by following these simple steps: (1)Visit the Income-tax website, (2)Enter your PAN and Aadhaar number in the form, (3)Enter your name as mentioned in the Aadhaar card, (4)Enter the captcha code for verification, (5)Click on the 'Link Aadhaar' option. You'll receive a message that your Aadhaar has been successfully linked to your PAN.

Is Aadhaar necessary the avail the scholarship provided by the government?

Yes, Aadhaar details are necessary to avail the scholarships provided by the government under any schemes such as Scholarships for school students and National Scheme of Incentive to Girls for Secondary Education.