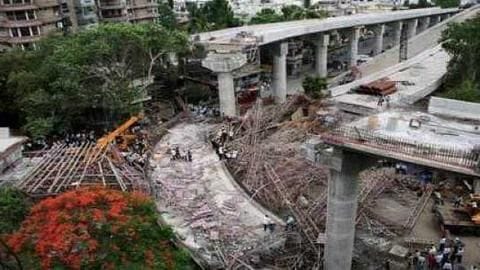 At least 14 laborers were injured when an under-construction bridge collapsed at Bonai in Odisha's Sundargarh district, the police said.

The incident occurred when one of the five spans of the bridge, which is being constructed by the National Building Construction Corporation (NBCC), came crashing down injuring 14 workers near Kunjipani on NH-215 yesterday.

The portion that crashed was completed on Saturday.

Efforts are on to ascertain the reason behind bridge's collapse

The injured were admitted to the Bonai sub-divisional hospital and three of them with serious injuries later shifted to Rourkela Government Hospital (RGH). Efforts are on to ascertain the circumstances that led to the collapse of the bridge.