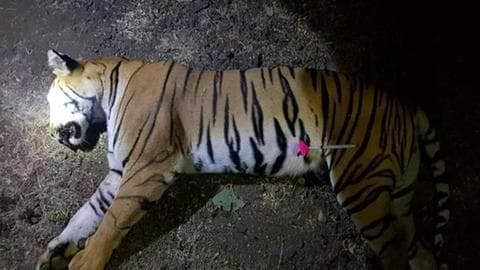 On Friday, a six-year-old man-eater tigress was shot and killed in the Yavatmal district forest of Maharashtra after a major hunt.

The tigress, T-1, had successfully evaded capture for over two years, and is believed to have killed 10 people in the 20 months since 2016. In August this year, T-1 claimed three more lives.

India is home to 60% of the world's tiger population

With over 2,200 tigers, India is home to around 60% of the world's tiger population. Among them, around 200 live in Maharashtra, but only a third of that number live in protected areas like wildlife reserves and sanctuaries.

Despite efforts, T-1 could not be captured 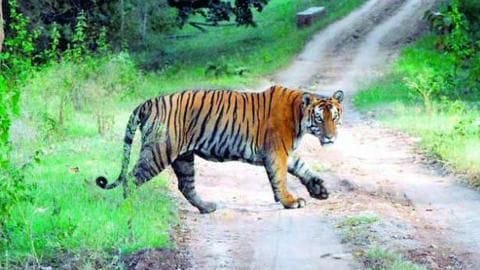 Since T-1 claimed three lives in August, the forest department had spent at least Rs. 60-70 lakh in trying to capture T-1.

The attempted capture operation, which ran for the last two months, had roped in over 200 men, 112 camera traps, sniffer dogs, drones with thermal vision, and had even used a perfume by Calvin Klein that was known to attract jaguars.

However, efforts were unsuccessful. 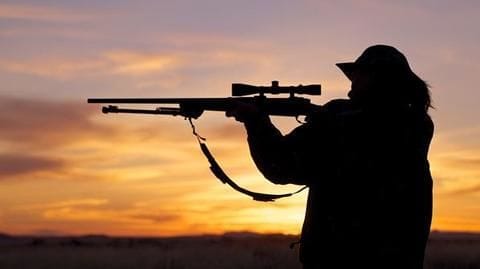 Reportedly, the tigress was spotted near the Borati village on Friday evening, and officials promptly reached the spot.

However, instead of trying to tranquilize the animal first as mandated by the Supreme Court, Hyderabad-based sharpshooter Nawab Shafath Ali Khan's son, Ashgar, shot T-1 in close range, TOI reported.

Further Ashgar was not accompanied by any wildlife veterinarian, which is mandatory as per norms. 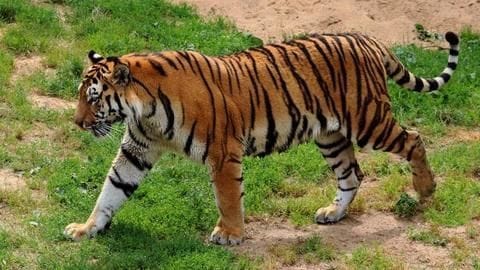 After T-1 was shot, her carcass was sent to the Gorewada Rescue Centre in Nagpur for post-mortem.

Meanwhile, the shooting of T-1 in cold blood invited sharp criticism from activists who alleged that the killing amounted to murder and was in violation of earlier court orders which requires an animal to be tranquilized first.