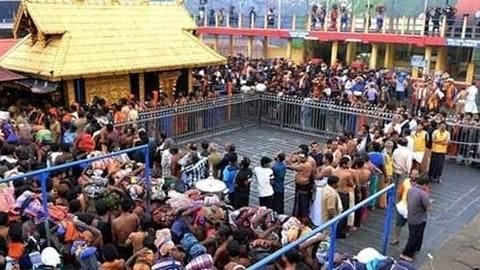 A thick police force has been put in place near Sabarimala Temple, as the hill shrine in Kerala opens for a special puja on Monday.

Last month, the Lord Ayyappa temple opened for a few days but no women in the 'barred' age group could enter it due to protests by the devotees.

Meanwhile, media houses have been requested to not send women journalists. The Supreme Court in September lifted an 800-year-old ban which prohibited women of menstruating age from entering the temple.

While women groups cheered after the verdict, the devotees said the verdict trampled the rights of celibate Lord Ayyappa.

So when women attempted to enter the temple after a 5-km long trek, they were met with protesters, and finally had to retreat.

For few hours, the temple gates will open 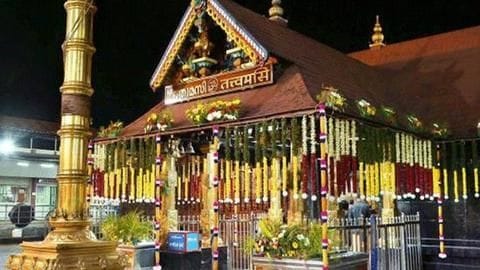 The temple will open at 5 PM for the 'Sree Chitira Atta Thirunal' puja. Tantri Kandararu Rajeevaru and chief priest Unnikrishnan Namboodiri will open the doors of the temple and light the lamp at the 'Sreekovil' (sanctum sanctorum).

After the ceremony, the doors will close at 10 PM, meaning the temple will open for only five hours.

If necessary, women personnel above 50 will be deployed Reportedly, 2,300 personnel, including a 20-member commando team and 100 women have been deployed in the area to ensure smooth darshan for devotees.

The police said if it is deemed necessary then 30 women personnel over the age of 50 will be deployed at 'Sannidhanam' (temple complex).

Additionally, Section 144 of CrPc has been imposed at Pamba, Nilackal, Elavungal, and Sannidhanam since Saturday night. 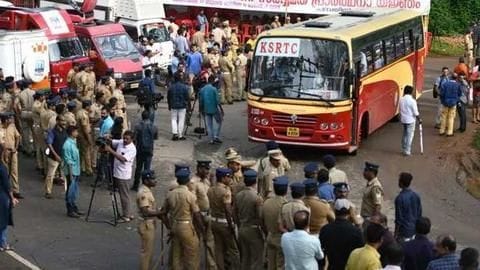 "We recognize your right to support or oppose devotees' stand on the issue, but the issue is highly emotional and we expect you will not take a stand that will aggravate the situation," the letter read. 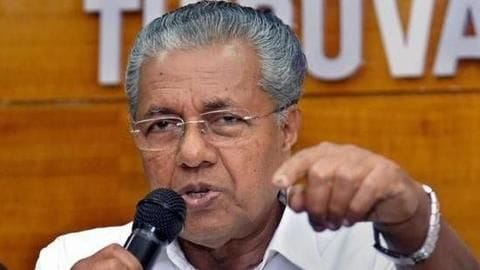 The Sabarimala Temple has become a hotbed for politics, with Congress and BJP launching attacks on the Left.

About the heavy deployment of security, Pradesh Congress Committee President Mullappally Ramachandran said it was fascism. "Even media movement was curbed," he said.

On the other hand, BJP state chief P S Sreedharan Pillai said no other temple faced such ignominy. He plans to visit temple on Monday.

The Pandalam royal family had similar thoughts as their scion said, "Situated in the midst of a tiger reserve it is one of the peaceful shrines of the country. Now it looks like a police camp. It is sad to have a 'darshan' under police cordon."

Amid row over women's entry, Sabarimala opens for pilgrimage season