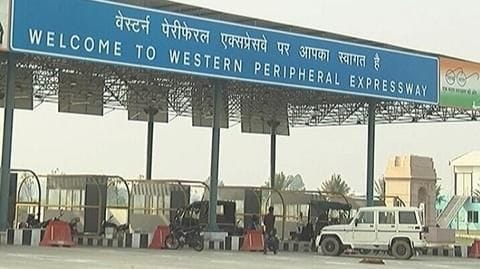 The opening of the WPE, popularly known as the Kundli-Manesar-Palwal (KMP) Expressway, marks the completion of a Ring Road around Delhi 13 years after it was conceived.

The Ring Road project was planned in 2005 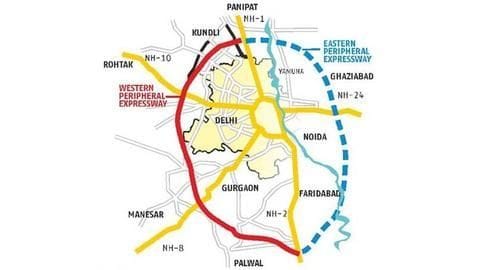 The Ring Road project around Delhi was planned based on the Supreme Court's directions in 2005, but faced several delays.

The Ring Road is expected to decongest traffic in Delhi, providing the national capital with much-needed relief from air pollution.

A bit about toll charges

Toll charges on both the WPE and EPE are 25% higher than toll charged on national highways, and both expressways have a closed tolling system, meaning that commuters have to pay only for the distance they travel.

Details about the WPE's infrastructure 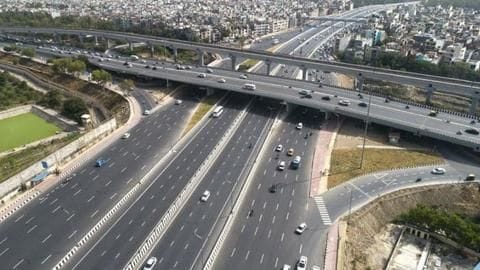 The six-lane WPE will connect NH-1 (towards Panipat), near Kundli, with NH-10 (Rohtak Road, near Bahadurgarh), NH-8 (Jaipur Expressway at Manesar), and NH-2 (Delhi-Agra Highway near Palwal).

In terms of infrastructure, the WPE has eight small bridges, six big bridges, four railway over bridges, and 34 underpasses.

For beautification, 21 sculptures prepared by the Cultural Affairs department will be installed on the Expressway.

Other information about the WPE 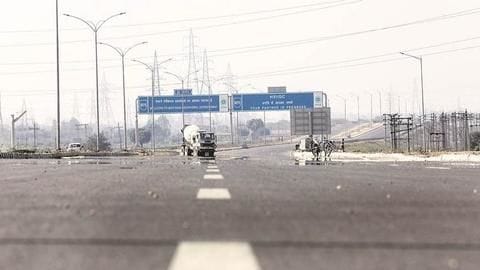 For safety, chain-link fencing has been installed along the length of the Expressway, along with three-meter-wide metal beam crash barriers.

The WPE will also see trees planted on both sides of the road, and on dividers. The WPE, in conjunction with the EPE, is expected to divert more than 50,000 heavy vehicles not destined for Delhi away from the national capital.

Additionally, the Ring Road will drastically cut down travel time as vehicles traveling from north India to western and southern parts of the country do not have to enter the capital, and can skirt around it.

How decongestion will help with Delhi's air pollution woes 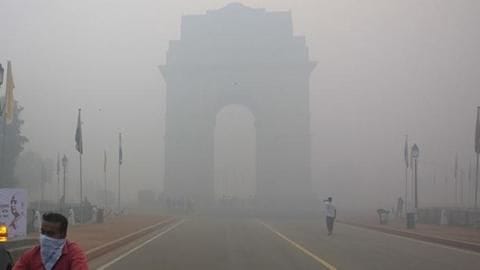 The consequent reduction in traffic in Delhi is expected to come as a huge relief to the national capital, which was been choking under a blanket of haze.

Not only will decongestion help with Delhi's air pollution, of which vehicular emissions account for 30%, it will also help improve traffic flow in the capital.