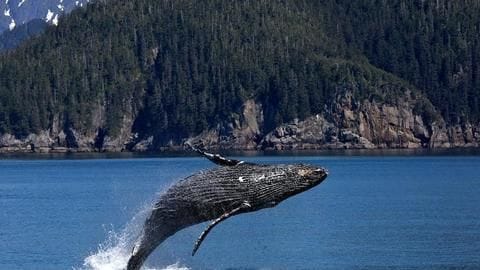 A 12-year-old me was a puberty-hit gawky teenager, obsessing over SRK after watching him in Kuch Kuch Hota Hai.

This Pune boy made me realize I could have done more.

Haaziq Kazi is on a mission to clean up all the oceans globally and help marine life thrive. The adolescent has also built a prototype ocean cleaner ship for this purpose.

A dead whale's photo started it all for Kazi

A class 7 student of Indus International School, Kazi was struck by the plight of marine animals when he saw a photo of a dead whale that had washed ashore in northern Netherlands. What made him curious was the bloated stomach of the mammal.

Inside the whale, they found '2 hose pipes, 9m rope'

"Among other things, two hose pipes, [a] 9-metre rope and 37 pounds of plastic," were found in its stomach. The reason of its death spurted his curiosity all the more.

"Its cause of death: intestinal blockage," Kazi said in his address at the TED-Ed Clubs talk earlier this year.

This got him wondering about the magnitude of the danger staring at our faces. He spent the next few years reading and researching about the causes of death of marine animals.

It was also around this time he got a school project "when we were asked to do a talk on things we cared about," he recalled.

Water flowing into sinkhole gave him the idea Kazi was determined to do something for his marine friends, but couldn't come up with an idea.

Then one day while he was washing his hands, the design germinated.

"I noticed how water flowed into the sinkhole," he said, adding the way water swirled and was sucked into the pipe jump-started a possibility inside him.

He approached his teachers, scientists and also 3D artists.

ERVIS, Kazi's ship, is like a huge vacuum cleaner The work on his ship officially started. He named it ERVIS (sounds similar to Iron Man's JARVIS, isn't it?).

The futuristic-ship is like a huge vacuum cleaner "with many cleaning tubes attached to many dust bags and chambers," Kazi breaks it down.

Powered by hydrogen and renewable natural gas, the large boat has various compartments and saucers surrounding it, claims the child prodigy. The saucers, floating on the surface, would create a whirlpool to suck in the waste towards the center.

The swallowed waste then goes via a tube and hits the oil filter, which collects waste oil and sends it to the respective chamber.

"We would like to treat the waste oil. Either decompose it or store it for safe disposal," says Kazi.

Plastic stored in cubes, other waste samples degraded with bacteria After the oil, the other waste samples are also segregated into four other chambers that are for large, medium, small & micro waste respectively.

The waste samples, after due analysis, are sent to a "segregator to separate plastic from non-plastic items."

The plastic is then compacted and stored in cubes.

The other waste items are "degraded with bacteria or stored for separate disposal." Since the ship is powered by hydrogen, "it combusts with oxygen giving water and you put back clean water in oceans."

This causes no harm to marine life, insists Kazi, who's now preparing to speak at TEDxGateway next month in Mumbai.

The dreamy-eyed innovator, an Elon Musk admirer, says he eventually wants "to see multiple ERVISes manning the oceans, cleaning and scavenging the waste."