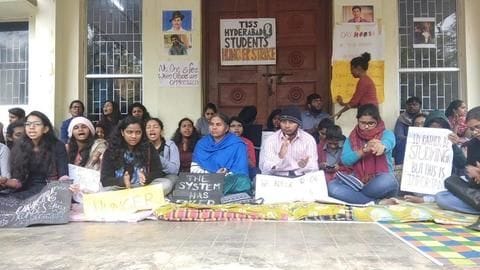 After around a month of protests, students of the Hyderabad off-campus of the Tata Institute of Social Sciences (TISS) began an indefinite hunger strike on Monday morning.

The protest, which is against the scrapping of the reputed BA Social Sciences course and the non-residential tag recently given to the campus, is being supported by the late Rohith Vemula's family.

What are the students protesting about? 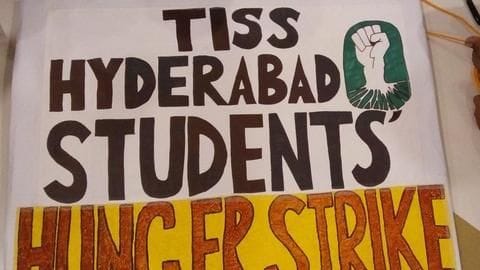 The protests erupted after the winter break of the institute when students got to know from a newspaper ad that the TISS Hyderabad off-campus had been given a 'non-residential' tag.

No official communication had been made in this regard by the administration, who also scrapped the institute's reputed BA Social Sciences course - one of the best in the country.

Why the residential tag is important for TISS 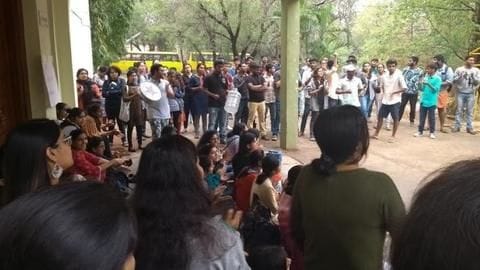 The residential tag for TISS is a particularly important one.

Many students at TISS come from underprivileged backgrounds, and their education is partly financed by the GOI-PMS scholarships.

Students, however, cannot utilize funds from the scholarship unless they are provided accommodation by the institute, and/or live in hostels authorized by the institute.

The non-residential tag, hence, puts the education of many in jeopardy.

What’s going on at ⁦@tisshyderabad⁩ is a scandal. Educational institutions should show more responsibility towards their students, whose futures are at stake. https://t.co/HljKKqllGT

A non-residential tag jeopardizes the education of many future students Therefore, if a non-residential tag is given to TISS Hyderabad, many current students, and even more future students, could be deprived of the opportunity to study in the institute owing to financial incapability.

This would not only negate deserving but underprivileged students' right to education, but would also drastically alter the student composition and the academic environment of the premier institute.

'Where will we study?' asks student from marginalized community

"My father's daily wage is Rs. 130 per day, and I got admission as a GOI student under limited accommodation. If the college decides they will not give us hostel facilities, where will we and the future students from...[marginalized] communities study?," Sital Chik Baraik, a 2nd year MA student, told Feminism In India.

Students feel the BA course was scrapped without justification 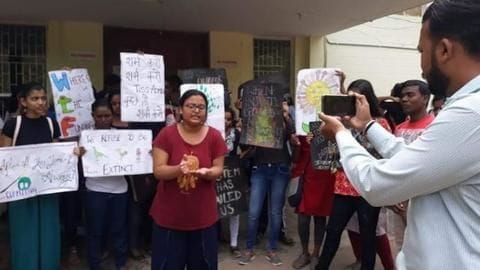 The other major issue is the scrapping of the BA Social Sciences course.

Again, no official communication was made in this regard, and it has been reported that the TISS administration has said that it will not budge from its decision.

Why the TISS administration's decision is unjustified 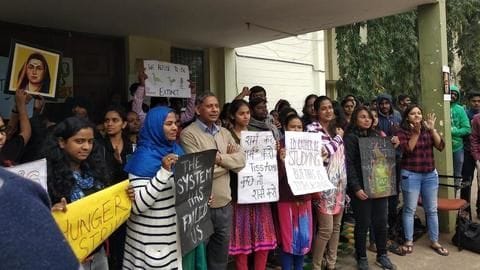 Indeed, as it stands, the TISS campus in Hyderabad is located inside Telangana State Institute of Panchayat Raj and Rural Development (TSIPARD) premises.

Yet, that had been the case for years since TISS Hyderabad was founded in 2008, and the BA Social Sciences course had been running smoothly despite the claimed infrastructural 'limitations'.

Given this fact, students feel that scrapping the course was unjustified.

The need for inclusivity cannot be stressed more 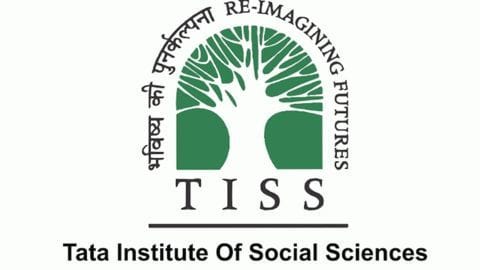 The issues raised in the protest are indeed real and affect the lives of many who are studying or yet to study at TISS.

TISS is one of the last bastions of progressive social science education in India, and it would be a travesty if it sacrifices inclusivity for a purchasing power-backed model of education.

There can be no social sciences without social inclusion

IITs to DU: Protests spread across nation after Jamia violence