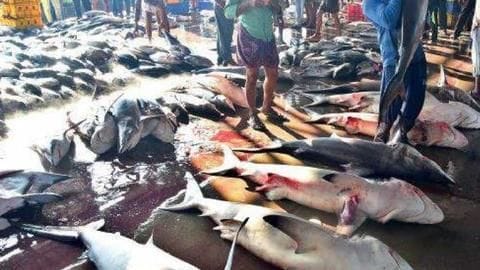 A woman officer of Goa's Food and Drug Administration (FDA) department has alleged harassment by the state government after her tests confirmed the presence of formalin, a toxic chemical, in fish imported to the state.

Iva Fernandes made the allegation in an application filed with the Goa Human Rights Commission (GHRC) last week.

Iva was part of the FDA team who tested fish

Fernandes demanded the phone records of officials be checked for verification. On July 12, Fernandes, who was part of the FDA team which tested fish at a wholesale fish market in Margao town of South Goa district, had confirmed the presence of formalin in fish.

Fernandes even presented evidence signed by all FDA officials

In her application submitted to the GHRC, Fernandes attached evidence duly signed by all FDA officials who were present at the site (in July) for carrying out the inspection which was "positive" for traces of formalin in fish, she said.

"Instead of this being attended with seriousness, I have been sought to be targeted," she alleged, adding that is why she approached GHRC.

Goa government had previously banned import of fish over formalin

Fernandes said she wasn't allotted duty for a considerable period of time after the expose.

The Goa government had in July banned the import of fish from outside the state, in view of the scare of formalin being found in it.

The FDA had earlier confirmed the presence of the organic compound in the fish imported from other states to Goa.

Comply with guidelines before resuming fish trade: FDA to wholesalers

However, the FDA had later said the toxic chemical, used to preserve bodies and prevent its decay in mortuaries, was "on par" with its naturally-occurring levels in the sampled fish that were imported and there was no added amount of it.

The FDA had last month asked wholesalers to comply with its guidelines before resuming fish trade in the state.