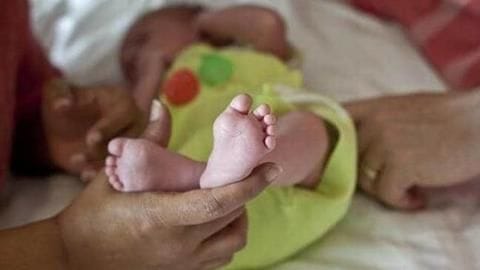 The Center's bill prohibiting commercial surrogacy has evoked a mixed response, with some welcoming it while others raising doubts over its efficacy.

Surrogacy refers to a contract whereby a woman carries a pregnancy and gives birth to a child for another person or another couple, who will ultimately be the baby's parent(s).

The bill was passed in the Lok Sabha last month.

Bill will regulate surrogacy but have some 'grey areas': Prabhawalkar

The bill bars commercial surrogacy and allows the process only by close relatives for 'altruistic' reasons.

National Commission for Women's former member Nirmala Samant Prabhawalkar said the bill has been brought to regulate the "uncontrolled" practice of surrogacy, but it still has some "grey areas".

"There was massive exploitation which forced the regulation, but there is scope to improve the legislation further," she said.

Another Mumbai-based advocate Siddh Vidya said she supports the tough laws, but found the term 'altruistic' a bit unrealistic.

"Confrontation between the family going for surrogacy and the surrogate mother is inevitable even if the latter may not develop an emotional bond with the child," she said.

Vidya had earlier moved the Maharashtra State Commission for Protection of Child Rights over surrogacy.

Law only for defined mother, family; not live-in partners: Nadda

Union Health Minister JP Nadda had earlier said that under the law, only defined mother and family can avail of surrogacy and it was not permitted for live-in partners or single parents.

Dr. Suruchi Desai, a gynecologist at the Nanavati Super Speciality Hospital in Mumbai, said the bill needs to clearly define who is a close relative and who can be a surrogate.

The legislation will reduce the exploitation of women: Desai

The legislation will hamper medical tourism in India, but at the same time reduce the exploitation of women who are forced to turn to surrogacy due to the financial crisis, said Desai.

Mumbai resident Shubhangi Bhostekar claimed to be a victim of surrogacy 'racket', but was now hopeful that the new rules will be followed "in letter and spirit".

People across the world coming to India for surrogacy practice

A surrogate mother, who did not wish to be identified, said people from across the globe come to India to have a baby because the women delivering children through this method here are "extremely cooperative and obey their agreement clauses".

Know Your Bill: What is the Personal Data Protection Bill?