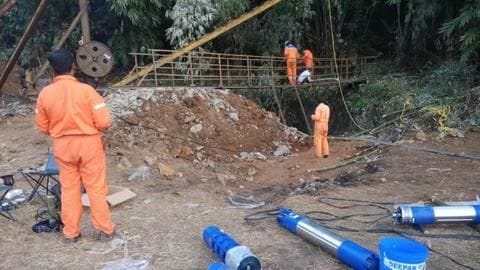 More than a month after 15 miners got trapped inside an illegal rat hole coal mine in Meghalaya, one of them has been found dead.

The body has now been brought to the mouth of the mine from where it will be fished out in the presence of doctors.

Meanwhile, there's no word on the other miners yet. 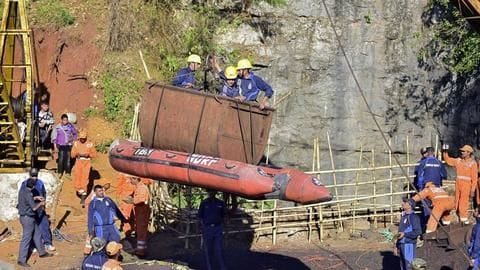 The body, discovered at a depth of 160ft underwater, was spotted by one of the Indian Navy's remotely operated vehicles (ROVs).

While the search to find the other miners is still on, water levels inside the 370ft deep remain unchanged, despite efforts by rescue forces to pump out water using heavy-duty pumps.

The remaining miners, too, are feared dead.

The miners got trapped on December 13 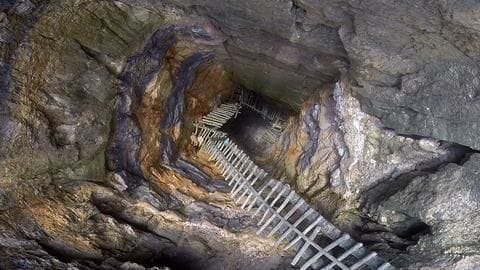 Multiple agencies were roped in after weeks of ineffective efforts 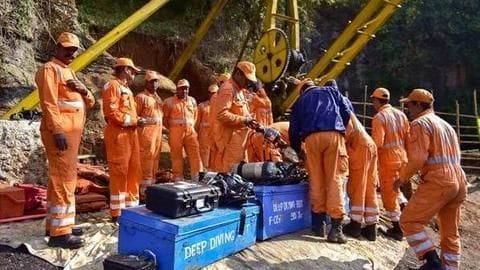 Subsequently, after two weeks of ineffective efforts to pump out water from the flooded mine, the Indian Air Force, on December 28, transported heavy-duty pumps from Coal India to help with the operation.

A team of 20 personnel from the Odisha Fire Services also joined in on the operation, and subsequently, a team of 18 divers from the Indian Navy were flown in from Visakhapatnam.

Efforts were further marred by the mine's water level 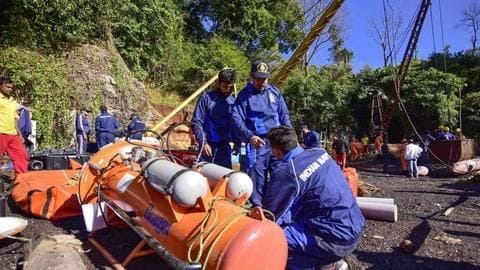 Yet, efforts by Indian Navy divers to locate the miners also proved to be ineffective, as the water level in the mine remained too high, and underwater visibility was extremely poor.

Despite multiple efforts by the divers to locate the miners, they remained unsuccessful for a long time.

Given the pace of rescue efforts, an incensed Supreme Court had demanded that the miners be taken out, "dead or alive".

Government apathy is to blame for the miners' fate 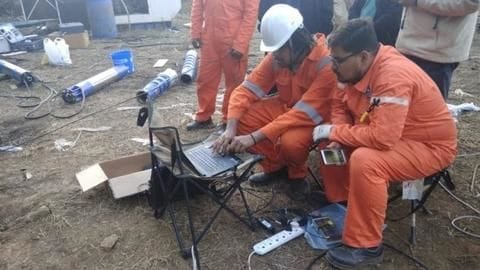 It should be noted here that the miners might have had a chance if the Meghalaya state government had not been apathetic in its initial response.

From the very first day, rescue operations were marred by poor coordination between agencies, lack of requisite equipment, and days of delay owing to bureaucracy.

If the remaining miners survive, it'd be nothing short of a miracle. 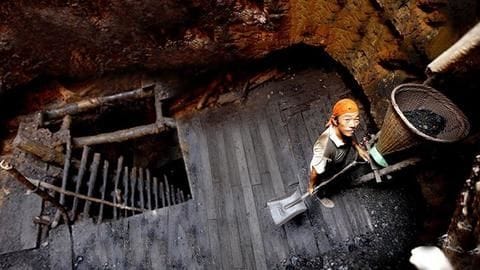 As unfortunate as it is, this isn't the first incident of this nature.

In 2012, at least 15 people got trapped inside a similar 'rat hole' mine in the South Garo Hills, and their bodies were never found.

Subsequently, in 2014, the National Green Tribunal (NGT) banned such mines owing to their unscientific nature, and risks involved.

What are rat hole coal mines?

Rat hole mining is a process wherein narrow tunnels are dug into the ground, like those dug by rats, to help miners reach coal reserves. The term 'rat hole' emerged during the colonial era.

No. Rat hole mining was banned by the National Green Tribunal (NGT) in 2014.

Which rescue agencies are involved in the search operations?

The Indian Navy, National Disaster Response Force (NDRF), and Odisha Fire Services are involved in the rescue efforts and are being aided by teams from Coal India and pump-makers Kirloskar Brothers.

Why did it take so much time to find the miners?

Rescue attempts were initially marred by the lack of equipment. Efforts were further stalled by bureaucracy, and full fledged rescue attempt began only at the fag end of 2018.