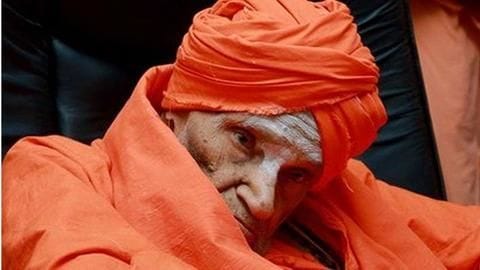 On Monday, Shivakumara Swami of Siddaganga Mutt of Karnataka died after battling illness.

The revered seer, who was 111 years old, was ill for a few days now and was kept on a ventilator.

As news of his health surfaced, senior leaders of the state including BS Yeddyurappa, Chief Minister HD Kumaraswamy, and Home Minister MB Patil reached the mutt.

For decades, he had been feeding thousands of poor children Siddaganga Mutt, which Shivakumara Swami headed, is a prominent Lingayat mutt in Tumakuru.

The seer was worshipped for his humanitarian work. For the past seven decades, he had been feeding 8,000 children under his Akshara Dasoha scheme.

He committed his life to uplift the downtrodden which is why he was referred to as 'Walking God'. He was feted with several awards including Padma Bhushan.

Shivakumara Swami had a surgery in December last year 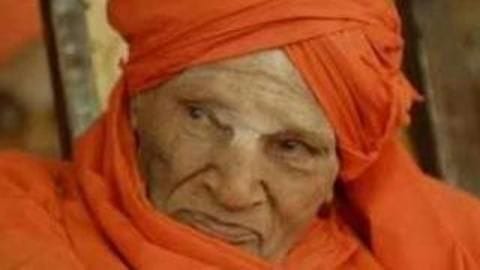 Shivakumara Swami's health deteriorated after he underwent a liver surgery in December last year at a Chennai hospital.

The seer had been in and out of hospitals after the surgery. On January 16, he returned to the mutt and was said to be responding to treatment.

However, on Monday his blood pressure and protein levels dipped. He passed away at 11:44 AM. 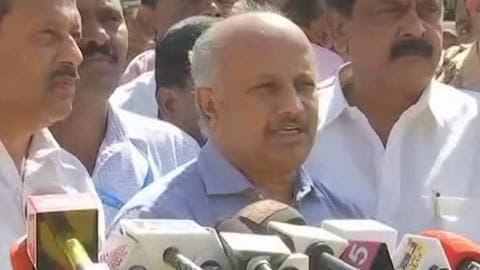 Earlier today, Dr. Parameshwar, who attended to the seer, briefed the press about his health.

He had requested the devotees to stay patient.

Notably, a special yagna was organized in the mutt and other parts of the state by his followers. 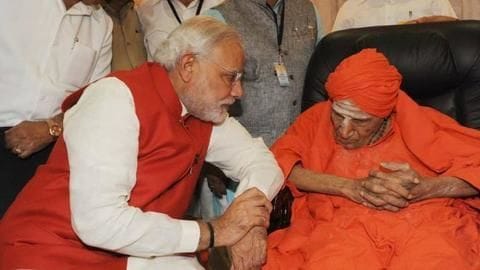 The death of the beloved seer was mourned by one and all.

Prime Minister Narendra Modi remembered meeting the seer and appreciated the work he did for the community.

Former Prime Minister HD Deve Gowda said, "We must be grateful to walk on the land he lived in."

A three-day state mourning has been announced by Kumaraswamy government.

The seer will be cremated at 4:30 PM tomorrow 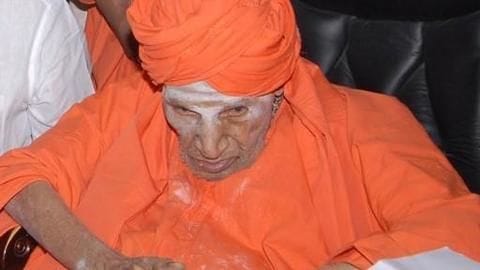 After announcing the sad news, CM Kumaraswamy added, "The seer's body will be kept for public viewing tomorrow at 3 PM." He will be cremated at 4:30 PM on Tuesday.

The local administration isn't taking any chances. Heavy security has been deployed at the mutt.

Seven senior police officers have been appointed in and around Tumakuru to prevent any untoward incident.

Did Swamy say Goddess Lakshmi on notes will improve currency?