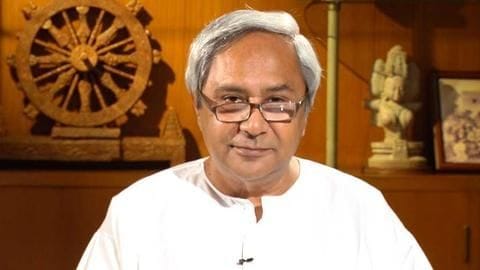 Republic Day was celebrated across Odisha amid tight security today, with Chief Minister Naveen Patnaik asserting that development, welfare of the poor and empowerment of all sections has become the state's identity.

Odisha is surging ahead on the path of progress and its identity now is welfare and empowerment of all including women, youths, farmers, workers, poor and dalits, he said.

Patnaik delivered his speech at Barabati stadium in Cuttack

Patnaik delivered his speech after hoisting the national flag at Barabati stadium in Cuttack.

Governor Ganeshi Lal unfurled the Tricolour and took salute at an impressive parade on Mahatma Gandhi Road in Bhubaneshwar.

Colourful tableaux displaying the state's rich culture and progress made in different sectors were taken out on the stretch.

In his address, Patnaik said Odisha has progressed substantially in many spheres.

Make in Odisha Conclave has instilled confidence among investors: Patnaik

Gurupriya bridge in Malkangiri, Biju Expressway, spread of irrigation in 8 lakh hectare area and new medical colleges - all are milestones in Odisha's progress, he said.

10L hectares of land will be irrigated soon, says Patnaik

Electricity supply has been extended to all villages benefiting 96 lakh families, Patnaik said adding that 10 lakh hectares of land will be irrigated soon.

Noting that the KALIA scheme (Krushak Assistance for Livelihood and Income Augmentation) launched for farmers has been hailed by agricultural experts, Patnaik said over 12 lakh farmers have been benefited under the scheme.

The scheme was launched this month.

Rs. 25,000 aid will be provided to small, marginal farmers

"I believe that KALIA scheme will bring a new revolution and improve the life of farmers," said Patnaik.

As per the scheme, financial aid of Rs. 25,000 will be provided to small and marginal farmers per farm family over five seasons.

This year, security was strengthened in Maoist-hit districts, including Malkangiri and Koraput, in view of a boycott call given by the Left-wing extremists.