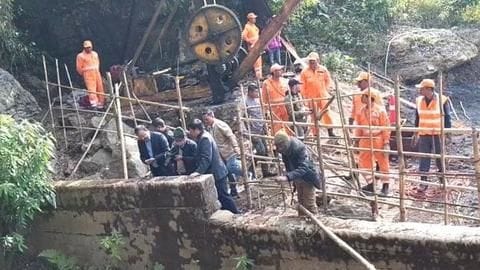 It has been three days since rescue forces detected the body of a second miner inside the flooded rat hole coal mine in Meghalaya where 15 miners got trapped in early December.

Now, officials have said that the body had slipped from their view shortly after discovery, and that they are struggling to retrace it.

The first body had been discovered after a month's search 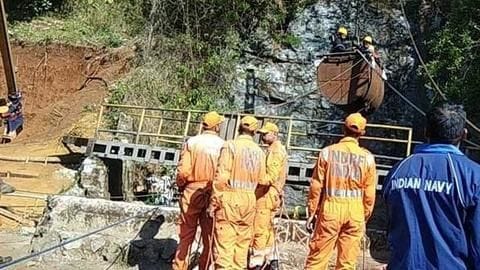 After over a month of rescue efforts, the body of one miner was spotted by Indian Navy divers on January 16.

Finally, after a week of trying to fish the body out of the flooded mine, the body was recovered on January 24.

It was then identified as belonging to 30-year-old Amir Hussain from Assam's Chirang district.

He is survived by his mother, wife, and three young children.

The second body was spotted on Republic Day 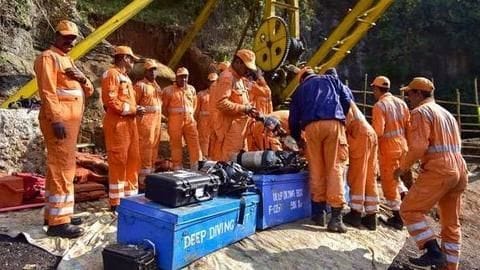 Then, at around 3am on January 26, one of the underwater remotely operated vehicles (ROVs) used by the Indian Navy spotted a second body.

At around noon on Republic Day, attempts were made to fish out the body from the flooded mine shaft, but it slipped from the ROV's grasp.

The ROV, too, got stuck on something, further complicating body retrieval efforts.

Why retracing the second body has become so difficult 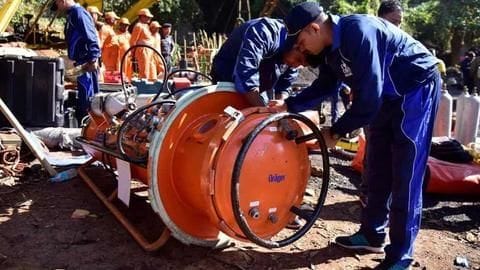 It's believed that the ROV got stuck on a wooden cart inside the flooded mine, and after two days of efforts, the vehicle was retrieved on January 28.

However, since the second body slipped from the ROV's grasp, it has not been traced, and efforts are on to trace it.

That said, multiple obstacles inside the flooded mine, and low visibility underwater are making operations difficult.

On January 28, the Army joined in on rescue operations 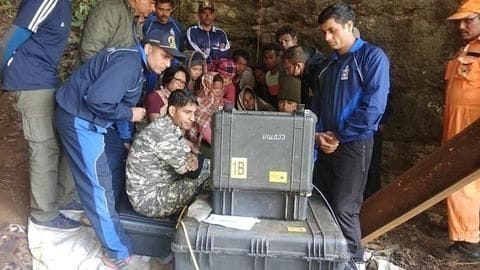 In a parallel development on January 28, the Indian Army, too joined in on the rescue operations, 46 days after the miners went missing.

Having set up 15 tents near the mine, the Army has promised to assist the Navy for "efficient, smooth, round the clock ops".

Meanwhile, the state government has assured the Supreme Court that all efforts are being undertaken to retrieve the miners' remains.

Backstory: The miners got trapped on December 13 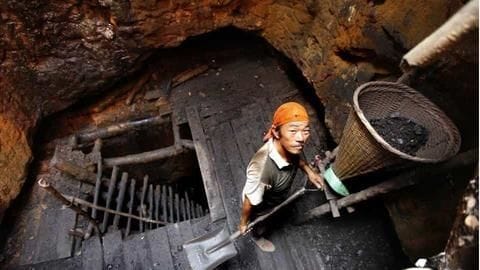 Government apathy is to blame for the miners' fate 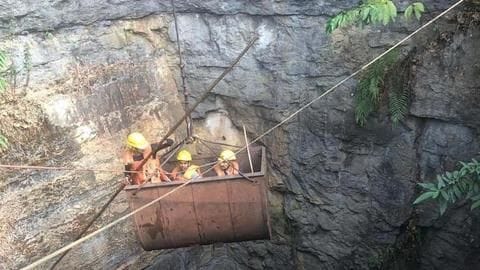 It should be noted here that the miners might have had a chance if the Meghalaya state government had not been apathetic in its initial response.

From the very first day, rescue operations were marred by poor coordination between agencies, lack of requisite equipment, and days of delay owing to bureaucracy.

Given the time that has passed, it's almost certain that no one will survive.

What are rat hole coal mines?

Rat hole mining is a process wherein narrow tunnels are dug into the ground, like those dug by rats, to help miners reach coal reserves. The term 'rat hole' emerged during the colonial era.

No. Rat hole mining was banned by the National Green Tribunal (NGT) in 2014.

Which rescue agencies are involved in the search operations?

The Indian Army, Indian Navy, National Disaster Response Force (NDRF), and Odisha Fire Services are involved in the rescue efforts and are being aided by teams from Coal India and pump-makers Kirloskar Brothers.

Why did it take so much time to find the miners?

Rescue attempts were initially marred by the lack of equipment. Efforts were further stalled by bureaucracy, and full fledged rescue attempt began only at the fag end of 2018.