Amid protests, Citizenship Bill to be tabled in Rajya Sabha 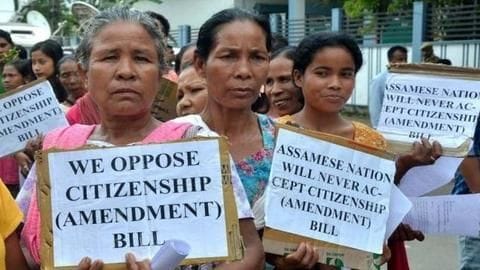 The bill which seeks to provide Indian citizenship to non-Muslim minorities from three neighboring countries has received staunch criticism from people in the Northeast.

Why is the bill receiving criticism from all quarters? 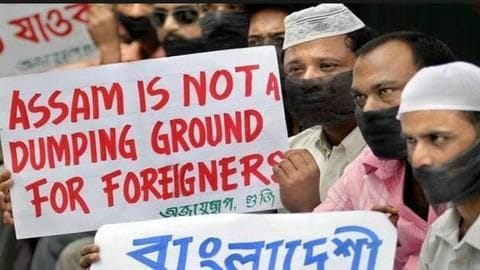 If the bill is passed, Hindus, Jains, Christians, Sikhs, Buddhists, and Parsis from Bangladesh, Pakistan, and Afghanistan, can get Indian citizenship after living in the country for six years.

The protesters argue this bill violates the Assam Accord which specifies illegal migrants have to be deported, irrespective of their religion.

They also believe this bill will encourage migration and affect the ethnicity of the Northeast. The bill was passed in the Lok Sabha on January 8, and before the country goes to polls, the Centre hopes to get a green signal from the Upper House as well.

At a rally in Assam last week, Prime Minister Narendra Modi promised the bill won't harm the Northeast but will protect those who 'embraced the idea and ethos of Mother India'.

Those sitting in AC rooms are spreading misinformation: PM Modi

"Those who sit in AC rooms in Delhi, who fight us in the parliament are spreading misinformation. Clause 6, which is the soul of Assam Accord, has remained unimplemented for the last 35 years and our government will implement it," PM Modi said.

Despite the Centre's promises, protests haven't died down While Centre is pushing the bill with all its might, protests have only grown stronger by the day.

When PM Modi visited Assam, he was welcomed by nude protests, black flags, and a bandh. Besides, effigies of PM Modi have also been burnt by civil society members several times.

The outcry has convinced BJP CMs of bordering states that the bill shouldn't be passed. 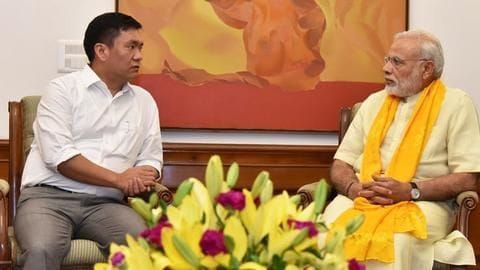 Arunachal Pradesh Chief Minister Pema Khandu and his Manipur counterpart N Biren Singh met Rajnath Singh on Monday and apprised him about the problematic situation in their respective states.

During the 30-minute long meeting, which was also attended by junior Home Minister Kiren Rijiju, the two CMs requested the bill shouldn't be passed till people in Northeast are brought on board.

"We have requested the home minister not to table the Bill in the Rajya Sabha as there is a lot of hue and cry in the Northeastern states," Khandu said after the meeting. Reportedly, Singh assured them the rights of indigenous people won't be diluted. 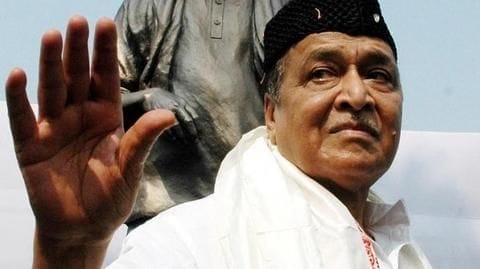 If the protests weren't enough, Centre got a big blow on Monday when Bhupen Hazarika's son slammed the bill.

Hazarika was conferred Bharat Ratna (posthumously) this year, and his son Tej said the legendary musician's name was used to push an unpopular bill.

On reports that the family is returning the Bharat Ratna, Tej said he hasn't been invited to receive the honor yet.

Tej says the bill is "un-constitutional, un-democratic and un-Indian" 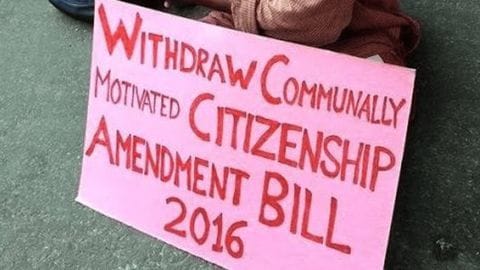 Tej went on to say his father would have never endorsed a move which violated the interests of the majority and "also seems to be grossly un-constitutional, un-democratic and un-Indian".

Earlier this month, Aribam Syam Sharma, a renowned Manipuri film director, decided to return the Padma Shri to voice his dissent against the bill.

Who will table the Citizenship (Amendment) Bill?

What is the Citizenship (Amendment) Bill?

Citizens of Northeast believe Citizenship (Amendment) Bill violated the Assam accord and will affect their ethnicity.

Who is Bhupen Hazarika?

Bhupen Hazarika was a renowned musician who was given the Bharat Ratna (posthumously) this year.