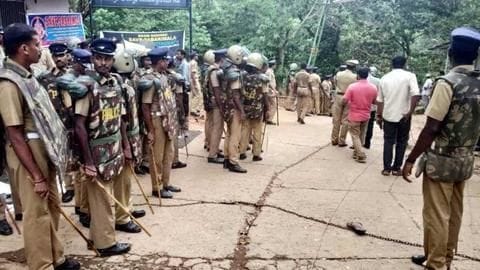 With the Sabarimala Temple slated to open for five-day monthly pujas on Tuesday, certain fringe groups have reiterated their plans to block women of menstrual age from entering the temple.

Given this threat, the Kerala Police have sought the imposition of Section 144 of the CrPC - that prevents more than four people from assembling together - to prevent a showdown. 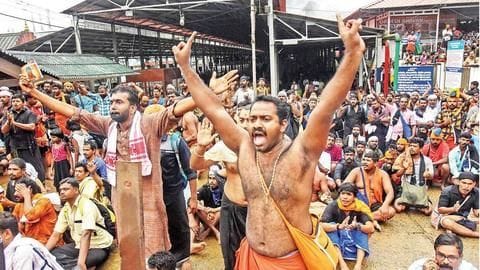 Reportedly, the police have sought the imposition of Section 144 in the areas of Nilakkal, Pamba and Sannidhanam till the night of February 17 when the temple is slated to close.

With the Supreme Court having reserved its verdict on review petitions challenging its earlier verdict allowing women of menstrual age to enter, the police suspect that certain fringe outfits might create unrest for political gains.

The ban on women's entry was lifted last year

On September 28, the Supreme Court lifted an 800-year-old ban that restricted women aged 10-50 years from entering the Sabarimala Temple. The verdict led to widespread and often violent protests from Ayyappa devotees across Kerala. However, the Kerala government enforced the verdict. 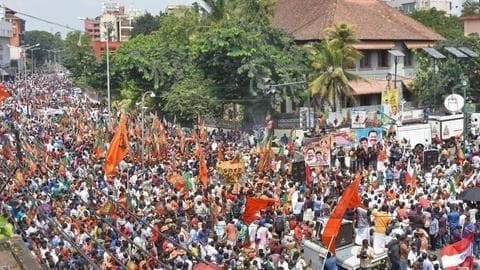 Given the events of the past few months, it's understood why the police are concerned.

When the temple was opened for the first time on October 17 since the Supreme Court's September 28 verdict, Hindu groups had clashed violently with the police.

Protests continued over the months that followed, and it wasn't until January this year that women of menstrual age managed to enter the temple.

Reportedly, many women plan to visit Sabarimala in this window 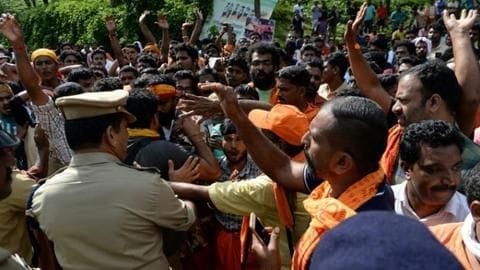 Given these plans, police, understandably, suspect that the situation at the temple might turn volatile again.