All about Mirage-2000, the jet which destroyed terror camps Avenging the dastardly Pulwama attack, in which 40 CRPF soldiers were martyred, the Indian Air Force attacked terror camps flourishing in Pakistan on Tuesday.

For the strikes, which were carried on with absolute precision, IAF used 12 Mirage-2000 fighter jets. The jets dropped 1,000 kgs explosives on Jaish-e-Mohammed camps in Balakot, Muzaffarabad, and Chakothi.

Here, we tell you about Mirage-2000 jets, IAF's prized possession. First commissioned in 1985, the Mirage-2000 has lived up to its name Vajra (lightening in Sanskrit) during IAF operations.

It also played a decisive role in India's Kargil conflict victory and is one of two types of IAF aircraft capable of launching nuclear strikes.

Overall, at least 580 Mirage-2000s across multiple variants were manufactured and flown by eight countries, including India.

Mirage-2000 has seen action in conflicts around the world

After making its first flight in 1978, Mirage-2000 has seen action in conflicts in Bosnia, Kosovo, Afghanistan, Iraq, Libya and more. Developed from Mirage III, Mirage-2000 is seen as a competitor to the US company Lockheed Martin's F-16 fighter jet.

The single-engine aircraft can carry an impressive 14,000lbs of weapons The Mirage-2000 is a single-engine delta-wing (triangle shaped) fighter jet.

It has nine pylons on which it can carry a host of different advanced air-to-air, air-to-surface missiles and bombs, targeting pods, and external fuel tanks.

It can carry 14,000 pounds worth of external equipment, an impressive feat.

How India acquired the Mirage-2000 Initially, India ordered 40 Mirage-2000 in 1982 in response to Pakistan's acquisition of the advanced F-16 fighter jets.

India's Hindustan Aeronautics Limited was to license the manufacturing of another 110 of the aircraft with transfer of technology.

This idea was dropped after India bought the MiG-29 from the Soviet Union. In 1999, Mirage-2000s became the IAF's lead fighter in targeting Pakistani intruders in the mountainous Kargil region.

Armed with laser-guided bombs, the Vajra destroyed critical enemy positions at Tiger Hill and the major re-supply base in Batalik. 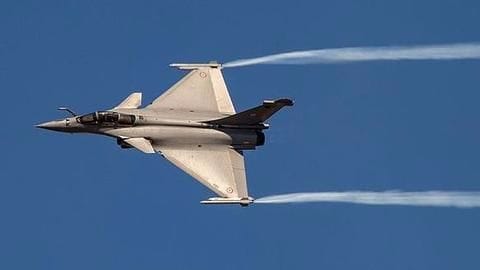 The IAF was very impressed with the its performance during the Kargil conflict and sought to induct another 126 Mirage-2000s in its inventory.

However, this paved the way for the medium multi-role combat aircraft (MMRCA) which was canceled to acquire 36 Dassault Rafales, France's replacement for the Mirage-2000.

Besides the Jaguar, the Mirage-2000 is the only other IAF plane capable of delivering nuclear bombs. 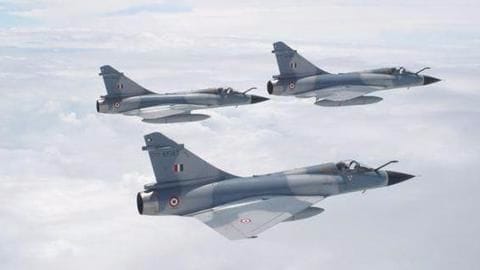 Over three decades since their induction, the IAF continues to rely on the Mirages.