#IndiaPakistanTensions: Pakistani drone shot down by IAF jet in Bikaner A Pakistani drone that has reportedly violated the Indian airspace was shot down by an Indian Air Force fighter jet at the International Border in Rajasthan's Bikaner.

The Indian Air Defense radars detected the Pakistani drone after which a Sukhoi Su-30MKI fighter aircraft of the Indian Air Force shot it down at Bikaner Nal area near the International Border.

Debris fell on the Pakistani side: Reports

After the Pakistani drone was detected by the Indian Air Defense radars, IAF jets fired air-to-air missiles to bring it down; the debris of the drone had reportedly fallen on the Pakistani side of the border. Official confirmation from the authorities is awaited. 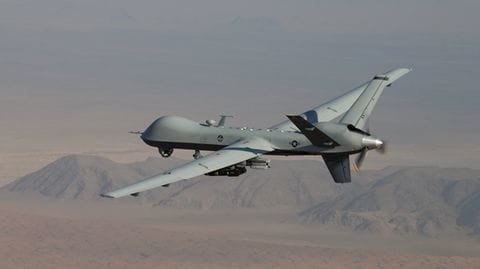 According to reports, defense sources said an unidentified flying object, likely a drone, violated Indian airspace on Monday morning at around 11:30am.

This is the second Pakistani drone that India shot down since the IAF's airstrikes on Jaish-e-Mohammed terror camps in Pakistan's Balakot on 26 February. The first one was shot down on 26 February after it intruded Indian airspace in Gujarat's Kutch district. 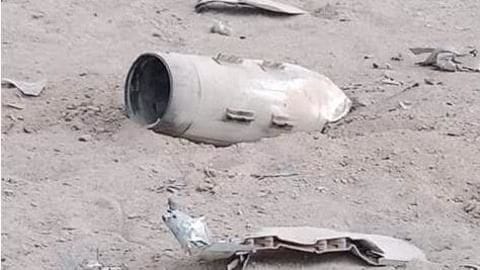 After being shot down, the drone's debris fell on a sand dune named MW Toba in Pakistan.

Images of some metal objects, believed to be the Pakistani drone's debris, are doing the rounds on social media.

The Pakistani military, however, claimed there was no such aerial strike, adding the metal objects in the images were fuel tanks dumped in the area by Pakistani jets.

It's an ongoing operation: Air Chief Marshal on current situation 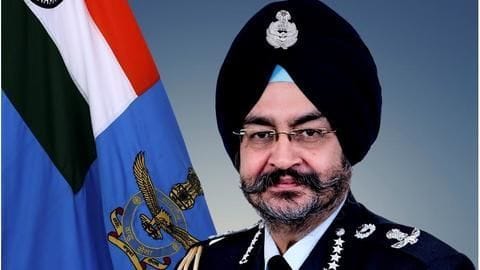 Meanwhile, when asked about the current situation at the India-Pakistan border, Air Chief Marshal Birender Singh on Monday said, "It is an ongoing operation. I will not comment on that."

However, Pakistani Air Chief Marshal Mujahid Anwar Khan told Pakistan Air Force officers they should keep their "guard up" as the challenges facing the nation "are not over yet," reported Dawn.

However, India's Border Security Force has confirmed that two blasts took place at around 11:30 am at the Gharsana border in Sriganganagar, reported Times Now. It also said that no debris has fallen on the Indian side of the border.

Naseem Shah on verge of making history on Test debut