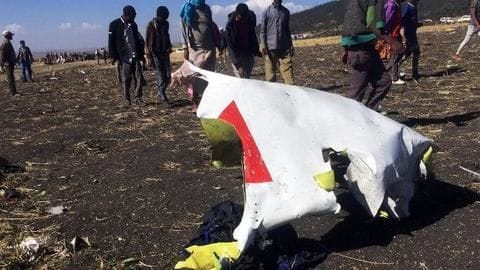 The Boeing 737 passenger jet, was bound for Kenyan capital Nairobi from Addis Ababa when it crashed. All 149 passengers and eight crew members died in the fatal accident.

Passengers from 35 nations were on board the fateful aircraft. 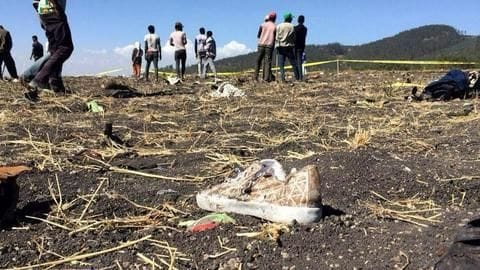 The ill-fated Boeing 737-800MAX of the state-owned airlines took off from Bole International Airport at 8:38 AM (local time). It lost contact just six minutes later.

The flight was scheduled to land in Nairobi at 10:25 AM but crashed outside Bishoftu, which is about 60 km away from the Ethiopian capital.

The crash came hours before a major UN Environment program in Nairobi.

Pilot was given clearance to return, said CEO CEO Tewolde GebreMariam said the plane was delivered to Ethiopian Airlines in November 2018 and had flown in from Johannesburg.

He added no issues were flagged before take off. But after the pilot faced problems, he was given clearance to return.

Notably, Boeing 737-800MAX is similar to the Indonesian Lion Air jet, which crashed last year, killing all 189 on board.

Swaraj confirmed names of Indians who died in crash 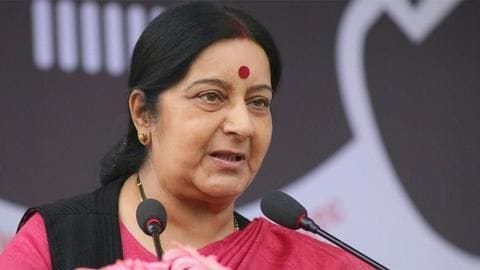 The largest number of passengers were from Kenya. The aircraft also carried 19 UN staff members, who worked for various departments of the global body, CNN reported.

The Indian nationals who passed away were identified as Vaidya Pannagesh Bhaskar, Vaidya Hansin Annagesh, Nukavarapu Manisha and Shikha Garg.

Garg was a consultant for environment ministry and was traveling to Nairobi for the UN meeting.

I am reaching out to families: Swaraj

My colleague Dr.Harshvardhan has confirmed that Ms.Shikha Garg is a Consultant with Ministry of Environment and Forests. She was travelling to attend UNEP meeting in Nairobi. I am trying to reach the families of other Indian nationals. PL RT and help. @IndiaInEthiopia /3

The airlines revealed 32 Kenyans, 18 Canadians, 9 Ethiopians, eight each from China, US, and Italy and seven each from France and Britain, died in the fatal crash. 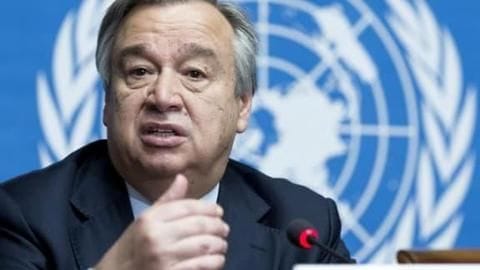 "He conveys his heartfelt sympathies and solidarity to the victims' families and loved ones, including those of United Nations staff members, as well as sincere condolences to the government and people of Ethiopia," the statement read.

The UN is in touch with Ethiopian authorities. 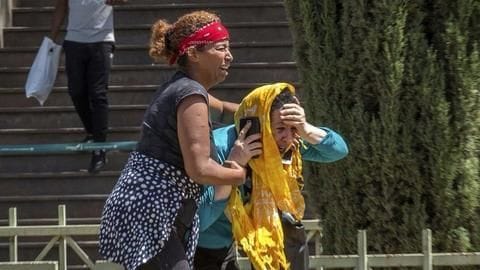 The scene at Nairobi airport was distressing. Concerned relatives said they learned about the crash through journalists.

"We're just waiting for my mum. We're just hoping she took a different flight or was delayed. She's not picking up her phone," said Wendy Otieno.

Robert Mutanda said he was waiting for his brother-in-law. "Nobody has told us anything, we are just standing here hoping for the best," he told Reuters.

Meanwhile, some breathed a sigh of relief 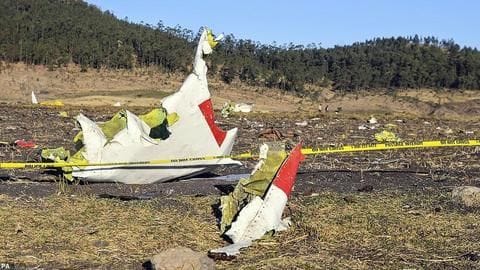 Fortunately, for Khalid Ali Abdulrahman the day didn't turn out to be tragic.

He reached the Nairobi airport around 10:00 AM to receive his son when a security official informed him about the crash.

"I was shocked, but shortly after, my son contacted me and told me he is still in Addis and did not board that flight," Abdulrahman revealed.

Boeing has offered assistance in investigation 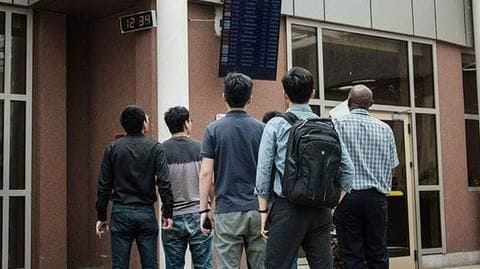 Boeing, the US-based company which manufactured the aircraft, offered condolences. "A Boeing technical team is prepared to provide technical assistance at the request and under the direction of the US National Transportation Safety Board," the company's statement read.

While Ethiopian authorities will lead the probe, they will be helped by the US.

The cause of the tragic crash hasn't been ascertained yet.

When did Ethiopian Airlines' flight crash?

How many Indians were on the flight?

Four Indians, including a consultant for environment ministry, died in the crash.

What the reason for the crash?

The cause for the crash hasn't been ascertained yet.

Where was the flight bound for?

The flight was scheduled to reach Kenyan capital Nairobi.

'No basis' to ground Boeing 737 MAX, says US regulator