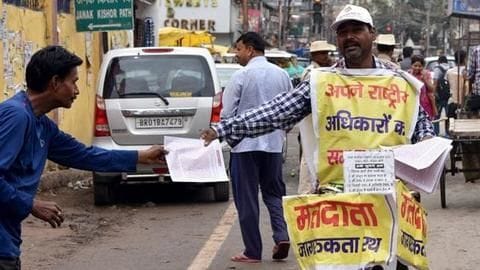 A 45-year-old man in Patna, Bihar, is doing his bit as a responsible citizen. These days, he is urging people to come out and vote during the Lok Sabha Elections 2019.

Notably, the six-week polling for the Lok Sabha Elections began on Thursday and will end on May 19.

Das educates people about not wasting their votes 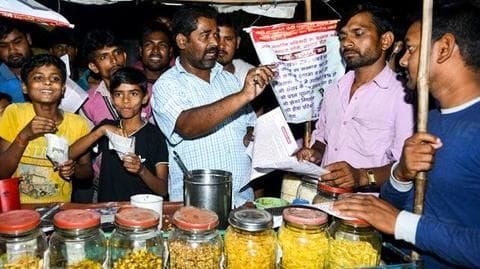 Das, who sells pakodas, rides a bicycle, wears banners on his body, and hits the chaotic roads to carry out his campaign.

"I felt a strong urge to do something about how people waste their votes by either electing wrong candidates or not voting," he said, adding he's encouraging people to vote using their brains, and not on the basis of ideology.

'No one bothers to vote for a candidate on merit'

Das wants people to consider the leader they vote on his/her merits. He said, "Voting in India is either personality or party driven. No one ever bothers to vote for a candidate on merit, like how honest he is or if he is a criminal."

He juggles between job and his mission, 'Cycle Jagrukta Yatra' 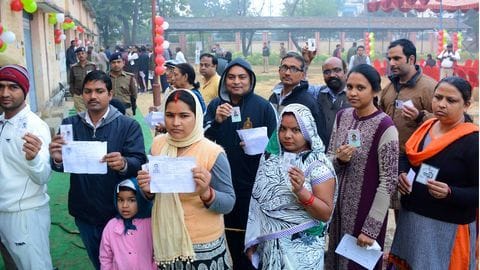 Every day, Das juggles between his regular job of selling snacks and his mission, 'Cycle Jagrukta Yatra' (Cycle Awareness Journey).

As thousands of candidates are fighting day and night for the 90 crore voters in over 543 seats, he explains to people why it is crucial to cast their vote during elections.

He engages with random people as well as his customers.

The money spent is an investment for future, says Das 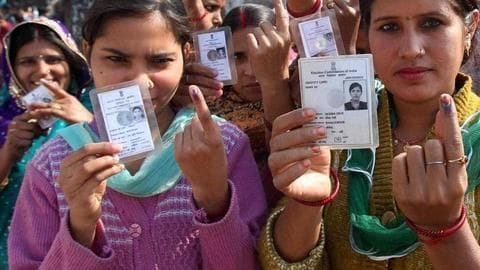 Till date, Das has spent around Rs. 10,000 from his own pocket to print thousands of pamphlets, which has his vision of India on it.

He took out the money from the education funds of his four children, for which he often has to hear taunts from his friends and family.

However, he believes that it's not an expenditure, but an investment for future.

Das urges people to screen their candidates carefully before voting 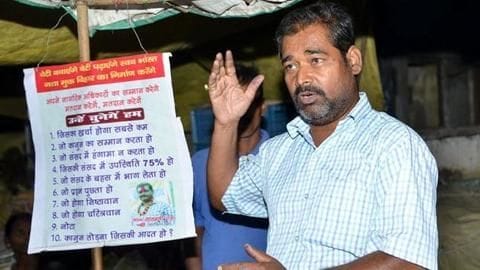 Further, Das also wears a checklist, which he drafted, that includes things to look out for in a candidate including their spending habits, criminal pasts and honesty.

He wants people to screen the candidates carefully before voting.

Moreover, he suggests people to vote for 'None of the above' or NOTA (60 lakh people pressed NOTA in 2014 elections) if no one passes their criteria.

While talking about how hurtful it is to see politicians fight, instead of solving public issues, inside the Parliament, which he calls 'the temple of democracy', Das questioned, "Should we elect a Parliamentarian who goes to Delhi to fight instead of discussing our problems?"

What is his mission?

His mission is to urge people to come out and vote.

When are the Lok Sabha Elections scheduled?

The six-week polling for the Lok Sabha Elections began on Thursday and will end on May 19.

How many bills were passed in the Lok Sabha without discussion?

133 bills were passed without discussion during the sixteenth Lok Sabha

How many bills failed to pass the parliament?

During the sixteenth Lok Sabha, forty-six bills failed to clear the house