'Justice will be done': RaGa after meeting Alwar gang-rape survivor 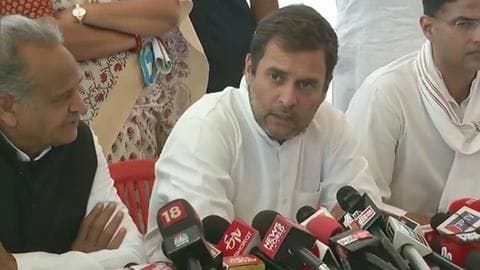 Congress President Rahul Gandhi on Thursday met the survivor of the horrific Alwar gang-rape and said justice will be done, adding action will be taken against culprits.

Five men raped the married Dalit woman on 26 April in front of her husband in Alwar.

Rahul also said a message needs to be sent that this behavior against women "will not be tolerated."

This is not a political issue for me: Rahul

"Soon after I heard about the incident (Alwar gang-rape) I spoke to Ashok Gehlot Ji. This is not a political issue for me. I met the victim's family and they have sought justice which will be done. Action will be taken against culprits," Rahul said.

Here's what the Congress chief said

Congress President Rahul Gandhi: Soon after I heard about the incident (Alwar gang rape) I spoke to Ashok Gehlot Ji. This is not a political issue for me. I met the victim's family and they have sought justice which will be done. Action will be taken against culprits. #Rajasthan pic.twitter.com/rjJVoVgmtQ

'It is an emotional thing for me,' says Congress chief 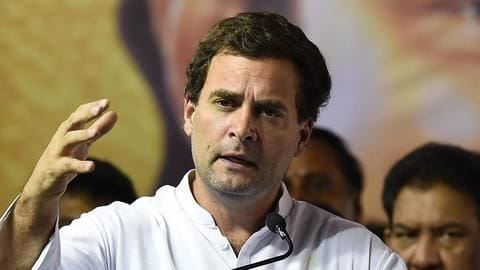 "The only thing I would say is this girl, this family, will get justice. I have not come here to do politics. It's an emotional thing for me. I have come here to meet the survivor," Rahul said.

He also reiterated that appropriate action against the accused will be taken, adding he also spoke to her family on "personal matters" which he wouldn't discuss. 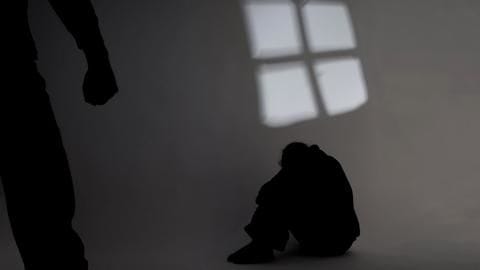 The woman, who was riding pillion on a motorbike with her husband, was stopped near Alwar's Thanagazi by five men riding two motorbikes.

They took the couple to an isolated area and allegedly thrashed the husband and raped the woman in front of him.

Police said they have arrested all the six accused, including the person who filmed the act and threatened the survivor. The survivor's husband earlier claimed they informed the police on 30 April but the FIR wasn't registered until 7 May- a day after the fifth and the final phase of Lok Sabha elections in Rajasthan concluded.

FIR was filed on 2 May: Rajasthan CM Gehlot

However, Rajasthan CM Gehlot, who was with Rahul, today said that the FIR was registered on 2 May, adding the government would provide employment to the survivor. The state government earlier announced Rs. 4.12 lakh relief for her under SC/ST (Prevention of Atrocities) Act, 1989.

Gehlot also hit out at PM for his 'many lies' Gehlot also slammed PM Modi for his "many lies". Last week, at a rally in Uttar Pradesh's Ghazipur, PM Modi said, "A Dalit girl was gang-raped by thugs. Instead of catching the accused the Congress government is trying to bury the case."

"This happened because there were elections in the state then. They delayed justice. This is the truth of Congress' nyay," he said.