This IITian's operation theater can fit in a backpack 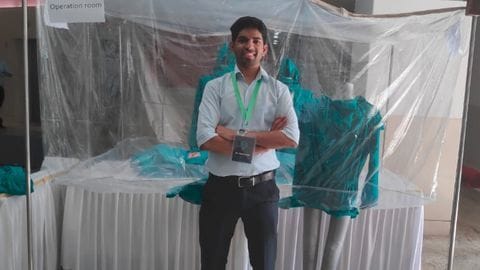 In India, over 62% of the healthcare expenditure is spent from people's savings, and primary healthcare is still a dream for millions.

Joseph, who is currently working as a Project Manager at IIT-B, himself belonged to Kodakara, a remote village in Kerala, and had limited access to healthcare.

While working abroad, Joseph noticed the difference in healthcare quality

When Joseph moved abroad, he realized the difference in the quality of healthcare provided in India and outside.

"In India, population and road connectivity are hurdles to this quality. This was motivation enough for me to develop a portable and affordable model," he told The Better India.

The OT he has designed isn't just portable, it can also fit in a backpack. 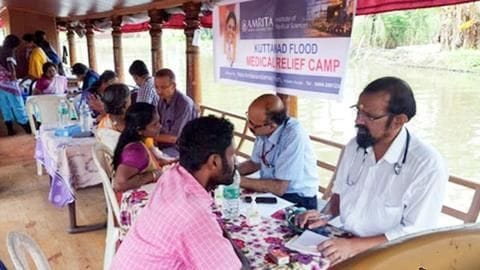 It can also accommodate four surgeons and can handle C-sections and open general surgeries.

Different from mobile OT, can be transported to desired location 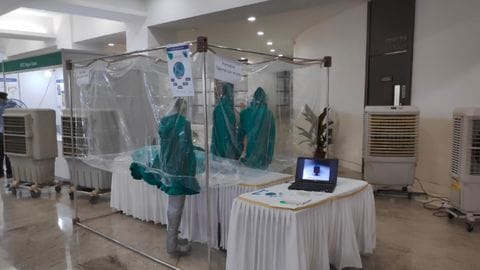 The young engineer kept in mind that outside air shouldn't enter the sterilized environment, and so, he made a system through which positive pressure of purified air is maintained throughout.

A mobile OT is usually set up inside a vehicle, but this one can be transported and assembled by 2-3 people at the desired location.

Joseph made no compromise with health and sanitation while designing

Apart from its sterile atmosphere, Joseph also gave health and sanitation topmost priority while designing the OT. He reasons, "The focus of hospitals in our village was to ensure that the operation was successful. Post the operation, the health condition of the patient became secondary."

Though cheaper than traditional ones, equipment costs remain the same 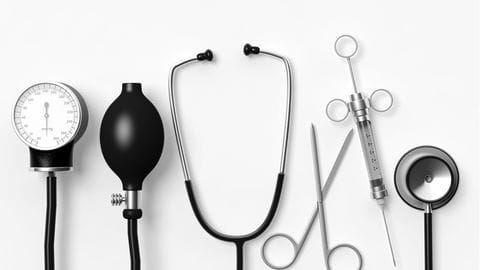 Joseph's OT is surely a cheaper alternative to the traditional ones overall, but since the equipment being used here are the same as the latter, the investment still is relatively high.

However, except for the transparent sterile sheet, priced less than Rs. 300, other equipment can be reused.

To reduce the equipment costs, Joseph is "looking for ingenious instruments that can be made here."

'Will take around a year to come out in market' Joseph is also looking for investors for his model.

"In July, the second phase will be implemented where medical experts will study the prototype," he said.

When asked why it isn't available yet, he pointed out, "Once they (experts) give a heads up, it will go through several medical trials and testing. It will take around a year to come out in the market."

Joseph had already presented the prototype of this Operation Theater at the fifth Annual Symposium and Medical Device Expo of IIT-B. The financing for the project comes from IIT-B's Biomedical Engineering and Technology (Incubation) Center (BETiC), United Nations Development Program and Navi Mumbai Municipal Corporation.

Where did he present the prototype?

Joseph presented the prototype of the portable operating theatre at the fifth Annual Symposium and Medical Device Expo of IIT-B.

Who is funding the project?

When will it be available in market?

As per estimates, it will take around a year to come out in the market

How many surgeons can be accommodated inside this OT?

It can accommodate four surgeons and can handle C-sections and open general surgeries.