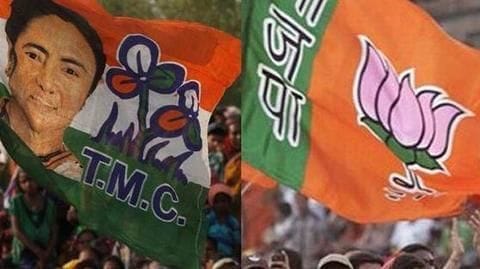 At least three were killed as workers of Trinamool Congress and BJP clashed in West Bengal's North 24 Parganas district on Saturday evening.

Of the three, one was a worker of the ruling TMC while two belonged to BJP.

The clashes, which took place at Nayjat in Sandeshkhali, erupted over the removal of party flags in public places at Hatgacha panchayat area. 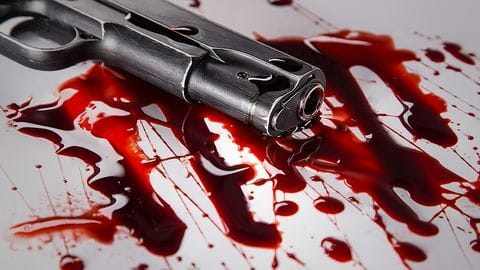 After the clashes erupted, police were rushed to maintain calm. Hatgacha is a part of the Basirhat Lok Sabha constituency; while the TMC won the Basirhat LS seat, BJP won the Hatgacha seat.

The deceased were identified as 26-year-old TMC worker, Qayum Mollah who was shot and hacked to death, while the two BJP workers were Pradip Mondal and Sukanta Mondal.

At least three bodies were taken to a Basirhat hospital as of Saturday night.

However, the BJP claims one more worker of the party, Tapan Mondal, was also shot dead and five other workers are missing.

While the BJP claimed workers of the TMC opened fire, the TMC blamed the BJP for the incident.

What caused the violence between TMC and BJP workers?

The Trinamool Congress was reportedly holding a booth-level meeting at a Hatgacha marketplace on Saturday. However, there were many workers of BJP in the vicinity. Insults hurled at each other and angry exchanges between BJP and TMC workers resulted in the violence, according to locals. 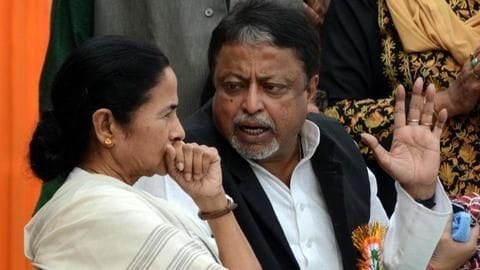 He said WB's BJP unit will complain about the matter to BJP chief and Union Home Minister Amit Shah.

Shah has reportedly sought a report about the incident from the state BJP unit.

Here's what Roy tweeted after the clashes

We will be reaching Union Home Minister Sh @amitshah ji to apprise him of Sandeshkhali killings.

BJP accuses TMC of intimidating its workers through violence 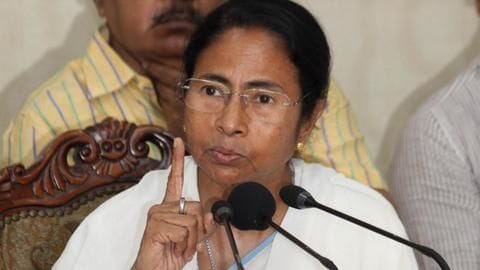 TMC has been accused of trying to intimidate BJP workers through violence. Reportedly, CM Banerjee even refused to attend PM Narendra Modi's swearing-in ceremony after BJP alleged that 54 of its WB workers were killed in political violence over the past six years.

Notably, BJP made deep inroads into TMC-ruled West Bengal by winning 18 of 42 LS seats in the 2019 polls.