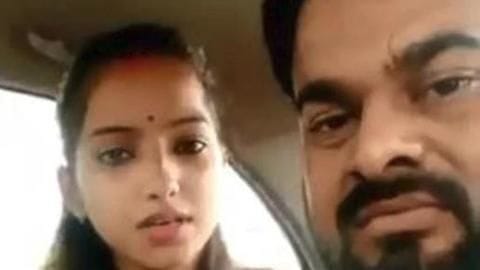 The daughter of a BJP leader from Uttar Pradesh has alleged her life is under threat from her own father, as she married a man belonging to lower caste.

In a video she released on social media, 23-year-old Sakshi Misra, the daughter of legislator Rajesh Misra, said her father sent "goons" to threaten her.

In another video, she sought protection from the police.

Not wearing sindoor for fashion, Sakshi said in video 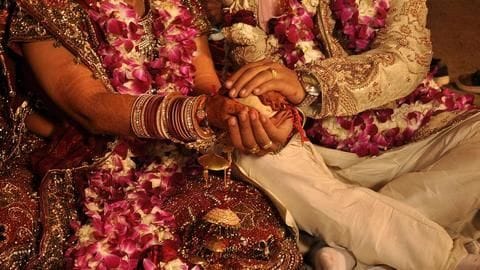 Sakshi uploaded the videos on Wednesday to inform about her wedding with 29-year-old Ajitesh Kumar, who was seen sitting next to her in one clip. Reportedly, they got married last Thursday.

In one video, she said, "I am not wearing sindoor for fashion."

Referring to her father and brother by their nicknames "Pappu Bhartaul" and "Vicky Bhartaul", Sakshi asked them to back off.

"We are tired of running, I want to be free"

"Papa, you have sent your goons after me just like Rajiv Rana... I am tired... We are tired of hiding around and our life is in danger. Stop troubling Abhi and his relatives. I want to be happy and free," Sakshi said in the video.

Sakshi's husband repeated her words, said life was under threat

Further, Sakshi said if anything happens to Abhi or his family in the future, Rajiv Rana and Vicky Bhartaul should be held responsible.

"Those who are helping my father, stop helping him because our lives are in danger," she went on.

Separately, Ajitesh said if the goons "catch them", they will be killed. He said Sakshi's family was out to murder them for "honor".

Sakshi asked police to protect her and Ajitesh

In yet another clip, Sakshi requested Bareilly senior superintendent of police to protect them. About her appeal, senior police officer Muniraj G said, "We will 100 percent provide security (to the couple) ... We have deployed security outside the man's home."

Here is the video which has gone viral

BJP MLA from Bareilly, Rajesh Kumar Mishra alias Pappu Bhartaul's daughter has married a man of her choice. The BJP MLA is now after their life, has sent goons. His daughter has released this video requesting help! @Uppolice

However, Rajesh said he hasn't threatened his daughter 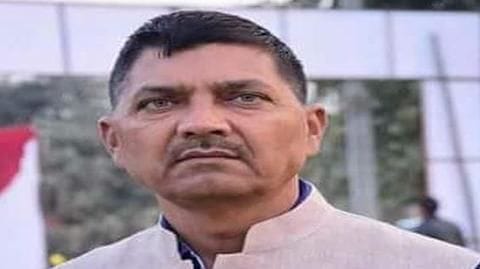 Meanwhile, Rajesh dismissed all the allegations which Sakshi leveled on him.

He called it a political conspiracy and said his daughter is independent, who can take her decisions.

Who is Rajesh Misra?

Rajesh Misra is a BJP legislator from Bareilly.

Who is Sakshi Misra?

Sakshi Misra is the daughter of Rajesh Misra. She released a video claiming her father sent goons because she married a Dalit.

When did Sakshi Misra get married?

What did police say about the video?

A senior police officer of Uttar Pradesh police promised to give protection to Sakshi.

UP: Husband of BJP MLA's daughter, who posted video, beaten