A Dalit woman was molested, touched inappropriately, her kurta ripped off, and when her husband came to her rescue, he was brutally thrashed.

The miscreants, all Muslims, even threatened to make her "Musalmaani".

This shocking incident happened in Uttar Pradesh's Amethi last month, as the accused apparently didn't want the couple to run their coaching center. The area where the center is located is inhabited by nearly 200 Muslims, Sonkar told the daily.

One Muslim man assaulted Gayatri, dragged husband out of center 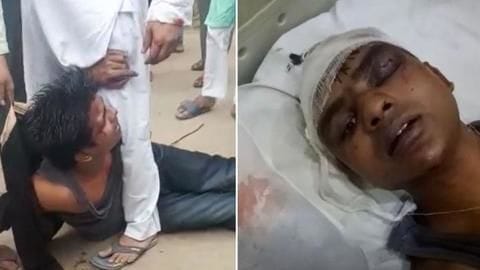 The FIR, registered on June 21, states that while Gayatri was inside the center one Mazrool Hasan barged in and molested her.

Hearing her cry for help, Sonkar tried to save her, but Mazrool dragged him out of the center.

The miscreants were equipped with iron rods, and it seemed they intended to kill Sonkar at the spot.

Sonkar's younger brother Mayank intervened, in hope of saving him, but he was also attacked. His sister Sarika also tried to stop them but the accused continued thrashing him.

They left only after the beating left Sonkar unconscious. Notably, the inhumane assault was captured on camera. 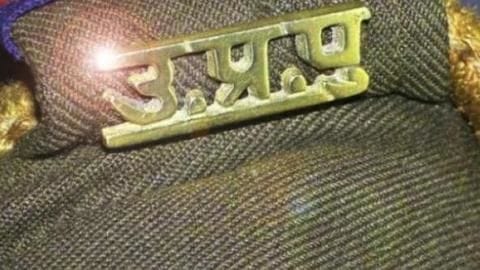 The victims approached the police and an FIR under IPC Sections 354 (outraging the modesty of a woman), 323 (voluntarily causing hurt), 504 (provoking breach of peace) and 506 (criminal intimidation) along with the relevant sections of the SC/ST Act, was registered.

But Sonkar said police didn't add attackers' motive and also missed other allegations which they told them about in the FIR.

The attack has troubled Sonkar. And his center's success could be the reason behind it.

"Mazrool and some other men in the area have been pressuring me to shut down the center. They are jealous that a Dalit like me is able to successfully run a coaching center while several men from their community failed to do so in the past," he said.

Though intimidation was common, assault wasn't 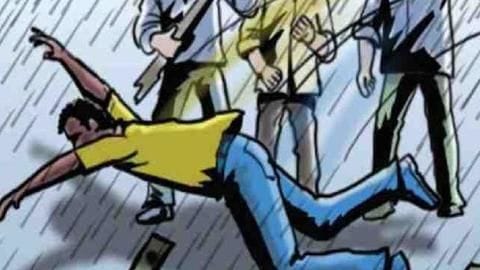 Since Mazrool came straight from Friday prayers, Sonkar thinks something must have been planned at the meeting.

Meanwhile, Gayatri alleged, "Mazrool told me he would make me a Musalmaani [Muslim woman]". While the couple had been intimidated various times in the past, it was the first time they were subject to such an assault.

The institute has been shut since the incident.

After the assault, Sonkar remained hospitalized for one week.

As he was thrashing Sonkar, Mazrool defended his action by claiming that the former molested his daughter, who also attended the coaching center.

But she denied this theory.

Though Mazrool and Faizayab have been arrested, police haven't been able to ascertain the motive. Further investigation is underway.

Azad Mehboob, who rented the space to Sonkar, said, "I snatched a wooden rod from an attacker twice and tried to intervene. But I do not know till date what really ensued between the two sides."

Amethi MP Smriti Irani tweeted about the incident too

Further, a rights organization is helping the victims Fortunately, the victims have got some support. A rights organization named Agniveer has written a letter to Ram Shankar Katheria, the chairman of National Commission for Scheduled Castes (NCSC), accusing police of going soft on the accused.

In the letter, Agniveer alleged the victim's statement wasn't registered under Section 164, enabling accused to get a stay order against arrest.

The Dalits are also being pressurized to withdraw the case.

How can they attack Dalits after Friday prayers: Agniveer's founder

"It's even more alarming that on a Friday, after praying to God for peace, miscreants molested a Dalit woman and became a lynch mob. They don't even realize that Sonkar was only helping the Muslim youth through his center," Agniveer's founder Sanjeev Newar told Swarajya.