UP: 9 shot dead, 25 injured in gunfight over land-dispute 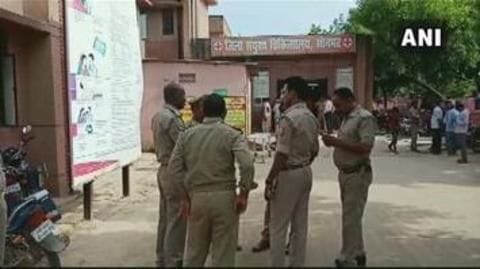 At least nine people were shot dead and 25 others were injured when an alleged land dispute in Uttar Pradesh's Sonbhadra led to a gunfight between two parties.

The deceased reportedly included six men and three women and the injured were taken to a hospital in Varanasi. The firing took place in Ubbha village of Ghorawal in Sonbhadra district on Wednesday.

The shootout at Ubbha lasted nearly for an hour

The gunfight at Ubbha village in the Sonbhadra district reportedly lasted for an hour. According to a police officer, a property dispute between the two groups triggered the shootout.

Members of both the groups later pulled out country-made pistols and opened fire; they also used sharp weapons to attack each other.

Two people were reportedly killed in the past over the same dispute. 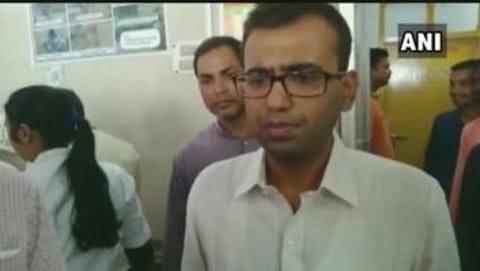 Sonbhadra District Magistrate Ankit Kumar Agarwal said, "The sub-divisional magistrate and the superintendent of police are on the spot."

About 100 people were involved in the clash: Agarwal

As many as 100 people were involved in the clash over a land dispute between two groups in Ubbha village, Agarwal told UP-based news channel Bharat Samachar.

The District Magistrate and SP Salman Taj Patil, along with heavy police force, reached the incident site immediately after the incident, following which the situation was brought under control.

Dispute related to land bought by the village head: DGP Uttar Pradesh's Director General of Police, OP Singh, said the dispute is related to a piece of 90-bigha land that village head had bought from an IAS officer.

"Pradhan (village head) purchased this land two years ago and went there with allies to take possession of the land when villagers protested," he said, adding that a case was registered and five people were arrested.

Here's what the UP DGP said about the incident

UP DGP OP Singh on firing over land dispute in Sonbhadra: 9 people killed. Pradhan purchased this land 2 years ago went there with allies to take possession of the land when villagers protested. Firing took place. 3-4 people are undergoing treatment. Case registered. 5 arrested pic.twitter.com/sUjlCHEDo9

UP CM Yogi Adityanath takes cognizance of the incident 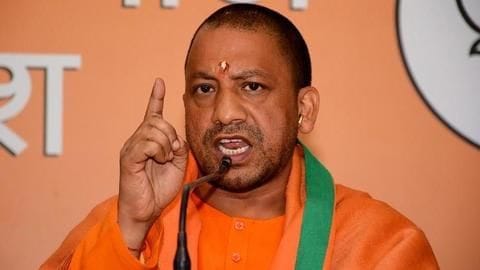 Meanwhile, Uttar Pradesh CM Yogi Adityanath has taken cognizance of the shooting in Sonbhadra and also conveyed his condolences to the family of the victims.

He has directed the Sonbhadra District Magistrate to provide immediate medical attention to those who were injured.

The Chief Minister further directed the DGP to monitor the case personally and ensure strict action against those involved.

Was the Sonbhadra massacre avoidable? If only Adityanath..