India's budget and the rituals that kick it off 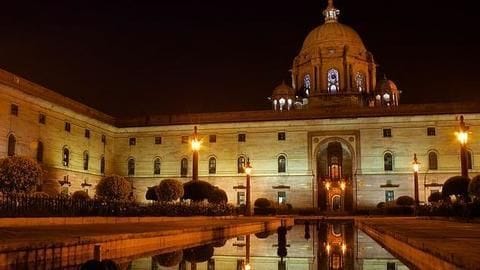 The Narendra Modi government is set to present this year's budget on February 1, 2017.

Weeks prior to budget presentation, officials of North Block and staff involved with printing and budget making, stay in the ministry and are completely cut-off from families till the budget is presented in Lok Sabha.

Here are a few rituals always performed in the run-up to budget day. The ceremony is held at North Block and is attended by FM where a delicious 'halwa' is made from semolina and sugar in a massive 'kadhai'.

The halwa is then served to the entire ministry staff before nearly dozens of Finance ministry officials head down to the basement. Right after 'halwa ceremony', for almost two weeks, 60-70 staff members then move to basement of North Block where two printing machines are located, and are confined there.

Only one phone is made available on which they can only receive calls. There are no cellphones and even internet use of senior officials is shut down.

All communication occurs in presence of an intelligence officer.

Senior finance ministry officials have compared secrecy during budget making to "operations room during a war". Reportedly, among those who are involved in printing, proof reading the budget, 95% of them volunteer for the role every year. Of all budget documents, it's the 'blue sheet' usually prepared 2-3 months before budget, kept under lock and key.

The 'blue sheet' contains the most crucial calculations forming the bedrock of government policy and are fundamental to the planning process.

So air-tight are security protocols, that the only person entrusted with it is Joint Secretary, Budget: even the Finance Minister can't take it out.

When printing commences, North Block turns into a fortress. It's prohibited to take electronic devices inside the press: there's no exception even for FM. Reportedly, Intelligence Bureau may monitor movement and even taps phones of officials associated with the budget. The budget has its very own leather briefcase.

Inspired by British parliamentary protocol, the "budget box" is supposed to be handed down from one finance minister to another successor until it's utterly worn down.

However, this is one ritual Indian finance ministers only follow perfunctorily.

The FM does carry a leather briefcase and poses with it before entering parliament, however it's not handed down.