Holiday declared for schools, colleges even as Mumbai rains halt 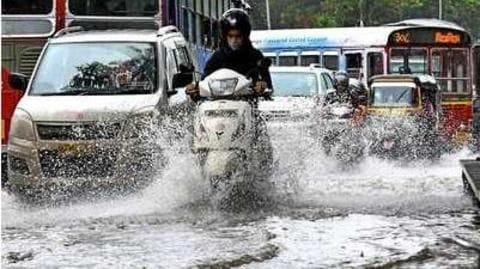 Even as Mumbaikars witnessed a respite from the torrential rains on Monday morning, schools and colleges were ordered shut in the city.

After days of heavy rainfall, at least 12 trains were canceled on Sunday night, leaving many stranded. Other trains were shortly-terminated, diverted, or rescheduled.

Here are more details on what's been up in Mumbai. 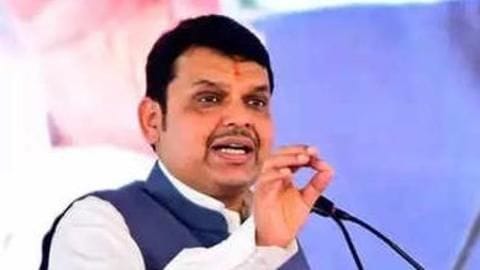 Additionally, Fadnavis also said that all government and semi-government employees would be allowed to report late to work.

The move came as many parts of the city remain flooded.

Other residents are advised to stay indoors.

Here is the update from the Maharashtra CMO

All Government and Semi Government employees in MMR Region are allowed to report late on their duties.

Government also appeals people to stay safe at home if it is not necessary to go out.

All emergency services to function as usual.#MumbaiRainsLiveUpdate 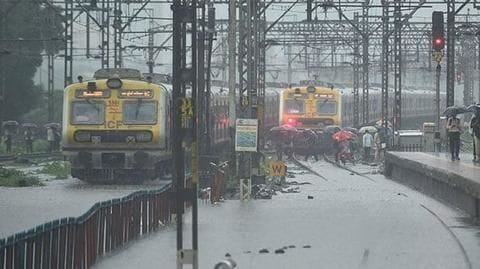 Meanwhile, train services were partially resumed on Monday after having been suspended for most of Sunday, Central Railways (CR) said.

All suburban services in Mumbai were operational as of Monday morning, barring the Ambernath-Karjat route, which witnessed "large scale devastation."

Restoration operations are on and CR is working towards enabling a shuttle service between Karjat and Panvel.

To note, several hundred passengers were left stranded at the Lokmanya Tilak Terminus after 12 trains were canceled and six were halted mid-journey due to water-logging. They were offered refreshments by the civic agency Brihanmumbai Municipal Corporation.

Further, as the Mithi river crossed the danger mark on Sunday, over 400 people were shifted from nearby residential areas.

In Thane's Khandvali village, 56 people were rescued by the Indian Air Force, who had responded to Fadnavis's call for aid.

Reportedly, the state government has sought help from six more teams of National Disaster Relief Force to evacuate the people in flooded areas.

Weather to remain relatively clear over next few days

The India Meteorological Department (IMD) had previously issued an "extremely heavy rainfall" warning, however, it later predicted "very heavy rainfall in some isolated places" in Mumbai for Monday. The forecast also suggested that the weather will remain comparatively clear over the next few days.

Suburban Bandra recorded 412mm rainfall in 24 hours by 8:30am

By 8:30 am on Monday, suburban Bandra recorded 412mm rainfall in the last 24 hours, an IMD official said.

"The low-pressure area in North India brought extremely heavy rainfall over Mumbai and some neighboring districts over the weekend," the official said.

At least 4 died in rain-related incidents on Sunday 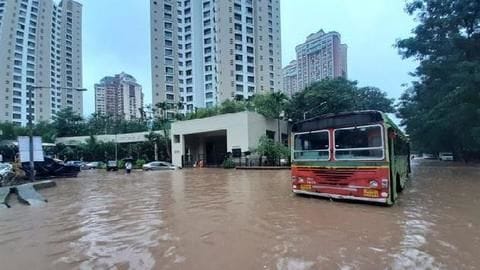 At least four persons reportedly died on Sunday in rain-related incidents in Mumbai, Pune, and Palghar.

A 52-year-old woman and her 26-year-old son died from electrocution after touching the door in their water-logged Santacruz home.

A wall collapse in Lonavala, killed a 10-year-old boy and injured his younger sister.

Additionally, a 16-year-old boy died after being washed away by a flood in Vikaramgadh taluka.