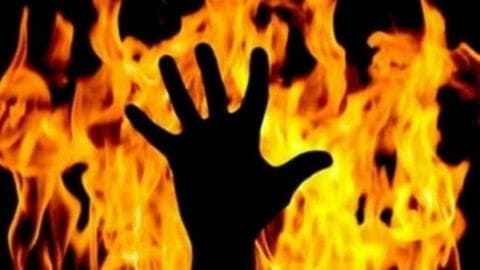 In a horrific event, a 22-year-old woman in Uttar Pradesh was allegedly torched by her husband and in-laws as she had approached the police after being given triple talaq.

What's more petrifying is that the victim was burnt alive in front of her five-year-old daughter who narrated the details to police.

The victim's body has been sent for autopsy and a case registered.

After she was divorced over phone, victim went to police 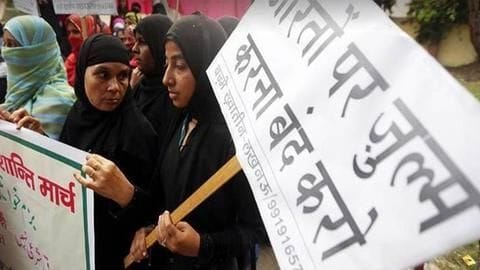 The event took place at Gadra village of Shravasti district on Friday evening but got attention only after the victim's family went to the police.

A TOI report said that the victim was given triple talaq by her husband Nafees, who works in Mumbai, over the phone on August 6.

Thereafter, she went to police to file a complaint against 26-year-old Nafees.

Police asked victim to continue living with her husband

Instead of registering her complaint, police asked the victim to return to her in-laws and wait for her husband to return from Mumbai, her father Ramzan Khan told the daily.

"When Nafees arrived on August 15, police summoned the couple, talked to them and told her (the victim) to stay with Nafees," Khan said in his police complaint.

On Friday noon, after Nafees returned from prayers, he asked the victim to leave the house since he had given her triple talaq.

Nafees' daughter Fatima revealed this led to an ugly brawl.

"Father held my mother by her hair and thrashed her, my aunts Nadira and Gudiya poured kerosene and grandfather Azizullah and grandmother Haseena lit a match," Fatima said. On the basis of the victim's family's complaint, an FIR was registered on Sunday.

Rafique, the brother of the deceased, said the accused haven't been arrested and added that he was ready to go to Supreme Court for justice.

"The allegations of the victim's father about triple talaq will be probed. It will be seen why a case was not registered if the victim had approached police on August 6," the senior police officer went on.