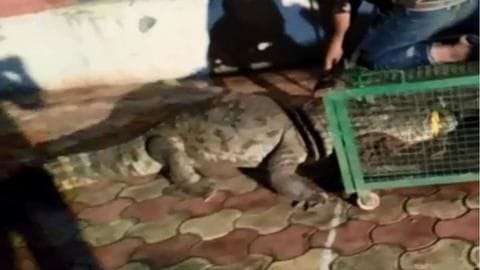 Yesterday night, a 10.5 feet-long crocodile came out of the flooded Dhadhar river, and entered a house in a village in Gujarat, causing panic among locals.

Later, forest officials caught the huge reptile, and released it back into the river.

This comes days after incessant rains hit Vadodara and other parts of Gujarat.

Watch how the forest officials nabbed the crocodile

Forest officials arrived in the village later in the night.

The reptile initially attacked them, but after some time, they successfully took it under their control.

Apparently, the reptile came out of the river, after its water level increased due to the ongoing heavy rains.

This isn't the first such case.

Last month also, many crocodiles were spotted in residential areas of Vadodara. 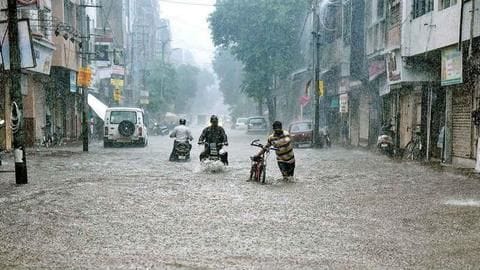 Vadodara and several other parts of Gujarat have been affected by heavy rains.

Reportedly, at least 31 people died in rain-related incidents in the state.

Further, normal life was disrupted, as many trains were diverted/canceled, flights stood suspended, and schools and colleges remained shut.

The unusually high rainfall in August has contributed to a major 88% share of this monsoon's rainfall in Gujarat. 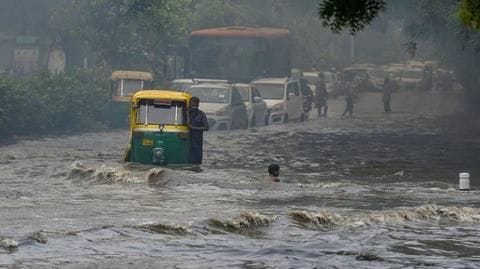 While 28 were killed in Himachal Pradesh, Uttarakhand, and Punjab, flood alert was issued in parts of Delhi, Haryana, Uttar Pradesh and Punjab, as the Yamuna and other rivers reached their danger levels.

Meanwhile, in South India, the death toll in flood-hit Kerala and Karnataka climbed to 121 and 76, respectively.