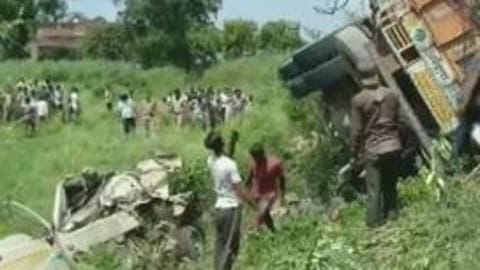 In an extremely tragic piece of news, 16 people died in Uttar Pradesh's Shahjahanpur on Tuesday after a truck hit two tempos. Among those who lost their lives are three children and a woman.

Five others were injured as well.

Police officials promptly reached the site after the crash was reported.

After being hit by truck, tempo fell into ditch 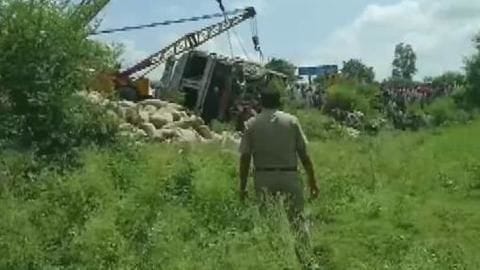 A report in Live Hindustan claimed the accident took place around 10 AM. The heavy vehicle was coming from Sitapur at a high speed when it hit a tempo, carrying 10 people.

After being hit by the truck, the tempo fell into a ditch.

The truck hadn't moved more than 10 meters when it hit another tempo and overturned on it.

All those traveling in second tempo died

Apart from vegetables, the second vehicle was carrying 10 people including vendor and helpers. All of them died after the ten-tired truck overturned on it.

Though onlookers managed to help those who were traveling in the first tempo, they couldn't save others.