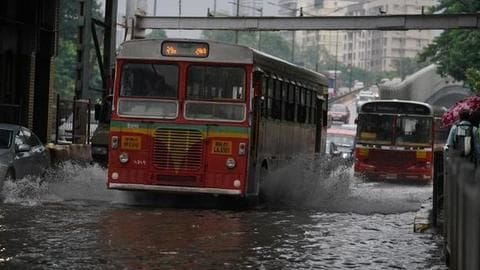 Residents of Mumbai woke up to a wet morning on Wednesday, with heavy downpour during the night throwing normal life out of the gear.

Courtesy rainfall, schools were ordered to remain shut, trains were delayed, and traffic disruptions were reported from several parts of the city.

The Indian Meteorological Department (IMD) has sounded an "orange alert" till September 6. On Wednesday, Mumbai, as well as neighboring areas like Thane and Palghar, recorded heavy rainfall.

Principals were asked to ensure safety of children by BMC

Considering IMD's warning, Brihanmumbai Municipal Corporation (BMC) ordered schools to remain shut. "The Principals of the schools where students are already in are requested to take all precautions and ensure that the children are sent back home carefully and safely," the civic body tweeted earlier.

Train services were hit due to water-logging

Trains were temporarily suspended between Thane and CSMT stations due to water-logging.

Services were also suspended on Harbor line between Chunabhatti and Mankhurd. 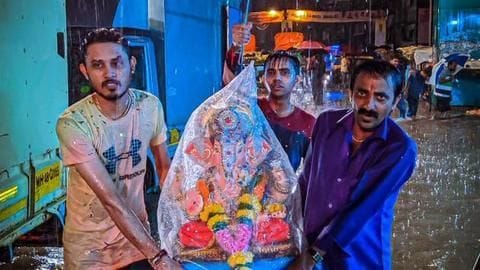 The downpour has also had an effect on Ganesh Chaturthi celebrations, which started on Monday. The Hindu festival lasting 12 days is celebrated with fervor in Mumbai.

Brihanmumbai Sarvajanik Ganeshotsav Samanvay Samiti, the umbrella body of all Ganpati mandals, has asked authorities to stop their electric supply. This decision was taken after several pandals at Sion and Kurla complained of water-logging.