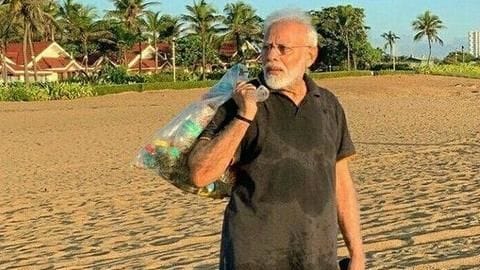 In a similar vein with the much-publicized Swachh Bharat Mission, Prime Minister Narendra Modi was seen picking up trash at the Mamallapuram beach in Chennai on Saturday.

Today is the second day of the Prime Minister's visit to Chennai where he is hosting Chinese President Xi Jinping for an informal summit.

He also released a video of him cleaning the beach.

Let us ensure we remain fit and healthy: Modi 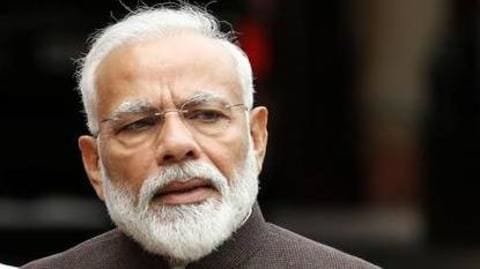 On Saturday, PM Modi tweeted a video of himself plogging, a Swedish concept that combines picking up litter and jogging.

He said he went plogging for over 30 minutes, and wrote, "Let us ensure our public places are clean and tidy! Let us also ensure we remain fit and healthy."

Earlier today, he had also shared pictures from his morning walk along the beach.

PM Modi can be seen picking up plastic waste (and collecting it in a bag made of single-use plastic!) which he handed over to a hotel staffer named Jeyaraj. Incidentally, the Modi government had called for a ban on single-use plastics, which was later shelved.

Plogging at a beach in Mamallapuram this morning. It lasted for over 30 minutes.

Also handed over my ‘collection’ to Jeyaraj, who is a part of the hotel staff.

Let us ensure our public places are clean and tidy!

Let us also ensure we remain fit and healthy. pic.twitter.com/qBHLTxtM9y

Sports Minister Kiren Rijiju encouraged PM Modi for promoting plogging. Rijiju tweeted, "When the PM leads from the front, the whole nation moves along! Plogging is the best way to improve fitness and cleanliness together," adding that it burns 15-30% more calories than traditional jogging. 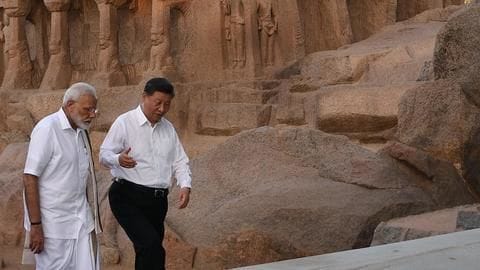 Both PM Modi and Chinese President Xi Jinping arrived in Chennai on Friday for an informal summit.

They visited the town of Mamallapuram, which is home to several ancient monuments, including UNESCO world heritage sites.

PM Modi tweeted pictures from their visit to Arjuna's Penance, the Pancha Rathas and the Shore Temple

The informal summit is dedicated to strengthening ties between India and China. 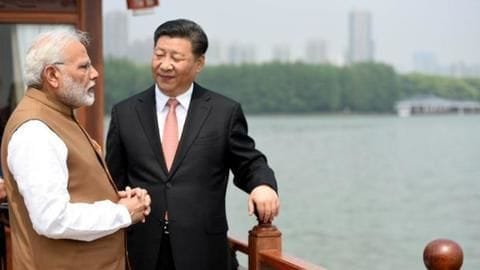 This is the second informal summit between PM Modi and President Jinping.

The first summit was held in April last year in Wuhan, China, where the two discussed issues ranging from bilateral ties to terrorism and trade.

The summit came months after the 73-day-long standoff between both armies in Doklam.

During the summit, he had extended an invitation to the Chinese President.