13 cars linked to Nirav Modi to be auctioned soon 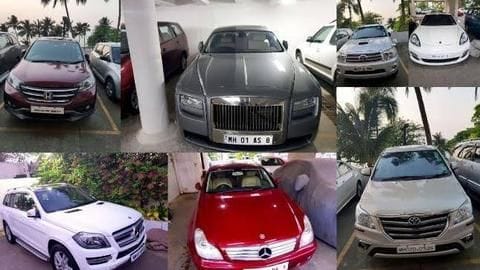 As many as 13 motor vehicles, including luxury cars, linked to disgraced diamond businessman Nirav Modi are set to be auctioned by the Enforcement Directorate in Mumbai on Thursday, November 7.

Notably, Nirav is one of the prime accused in a massive Rs. 13,000-crore scam that hit the Punjab National Bank (PNB) last year.

He was arrested in London in March, this year.

Prospective bidders required to pay a deposit amount to qualify 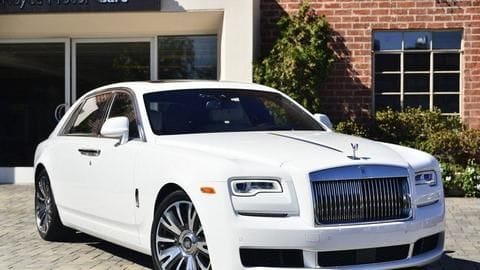 The contract for the e-auction has been given to Metal Scrap Trade Corporation Limited (MSTC), a state-owned e-commerce company.

Out of the 13 cars up for auction, some are getting re-auctioned including a Rolls Royce Ghost and Porsche Panamera.

These two cars were in June bid for Rs. 1.70 crore and Rs. 60 lakh respectively, but the sale couldn't materialize due to some issues.

The highlight of the collection remains Rs. 2-crore Bentley Arnage

The collection also includes a luxury sports sedan Bentley Arnage, that comes at a starting price of around Rs. 2 crore, the highest of all cars owned by Nirav to be auctioned. Notably, these starting prices are determined based on the age and usage.

Some of the cars carry special VIP numbers as well

The bidders can inspect these vehicles on Monday and Tuesday at three locations, Samudra Mahal in Worli, Grosvenor House at Peddar Road and the basement parking of Kohinoor City in Kurla (West).

It should be noted that not all of these the cars belong to Nirav. Also getting sold is Nirav's brother Neeshal's Skoda Elegance, having a starting price of Rs. 5.25 lakh. To recall, Neeshal was issued a Red Corner Notice (RCN) by Interpol in September.

Stating that the cost of maintenance might exceed the items' value if they are kept idle for long, the ED had approached the Special Prevention of Money Laundering Act (PMLA) court, seeking permission to sell seized assets such as watches, cars, and paintings in August.

Notably, the aforementioned vehicles were seized by ED after it charged Nirav with money laundering in the PNB case.

Previously in March, artworks owned by Nirav went for auction

Notably, this isn't the first time that Nirav's assets will go under the hammer.

Previously, in March, the Income Tax department had auctioned artworks seized during its raid on the Samudra Mahal.

The collection included works by renowned Indian artists like VS Gaitonde, MF Husain and Amrita Sher-Gil.

Nirav is currently service jail term in Wandsworth prison in London. After being denied bail three times, Nirav recently made another bail application in Westminster Magistrates Court, the hearing for which shall take place on November 6.

If extradited to India, I will kill myself: Nirav Modi