'No court can prosecute me': Nithyananda's video goes viral 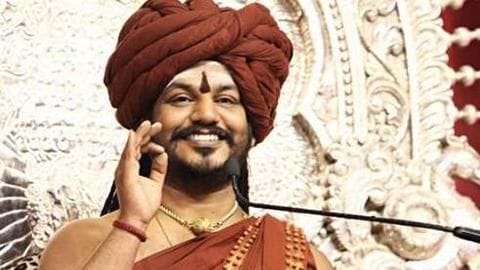 Days after announcing a new nation by the name of Kailaasa, controversial self-styled godman Nithyananda is making headlines yet again.

A video of the 41-year-old is now doing the rounds on social media wherein he arrogantly says "no stupid court can prosecute me."

Under trial for rape, Nithyananda recently faced fresh allegations of child abuse at his ashrams.

Nobody can touch me; I am Param Shiva: Nithyananda 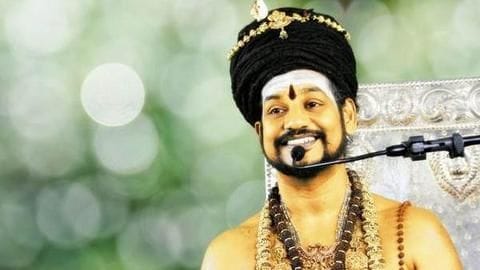 In the viral video, Nithyananda says, "Nobody can touch me, I can tell you the truth. I am Param Shiva. Understand? No stupid court can prosecute me for revealing the truth."

Although the 1 minute 45 second-long clip going viral is undated, statements from the video can be traced to a YouTube Livestream on Nithyananda's channel, posted after last month's allegations of child abuse.

"No judiciary can touch me. M param shiva"
: #NithyanandaSwami from an undisclosed location. pic.twitter.com/WXdZ6bGCdO

What are the cases against Nithyananda?

Nithyananda is also under trial for rape, unnatural sex, cheating, and criminal intimidation.

Recently, Nithyananda announced his plans to form a new country, dedicated to "dispossessed Hindus," and launched a website.

Apparently, Nithyananda had purchased an island from Ecuador and settled in a new country near Trinidad and Tobago.

Incidentally, even though he had fled India, his passport had expired. Authorities are yet to confirm how he left the country and where he is at the moment. 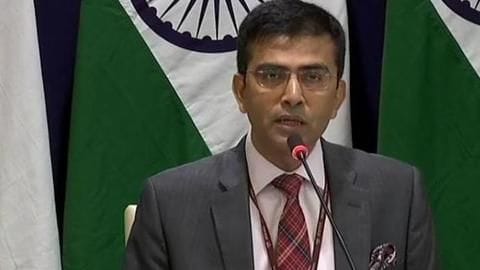 The Ministry of External Affairs confirmed on Friday that Nithyananda left the country without a passport, which has now been canceled.

His application for a fresh passport has also been put on hold, the Ministry said.

The MEA has also sensitized all its missions and posts abroad about locating Nithyananda.

Earlier on Friday, the embassy of Ecuador also denied granting asylum to Nithyananda or helping him purchase "any land/island in South America near or far from Ecuador".

The embassy, however, suggested that Nithyananda may have fled to Haiti instead.

Speculations are rife that Nithyananda may have fled to Mauritius, considering his relationship with Jagdishwar Goburdhun, the high commissioner of Mauritius.