Why is Assam protesting the Citizenship (Amendment) Bill? 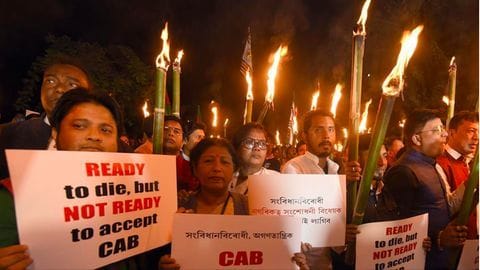 The Citizenship (Amendment) Bill has caused quite a stir in the Northeastern state of Assam. Since Wednesday, when the Bill was passed in the Rajya Sabha, protests have intensified, triggering curfews, the suspension of internet services, and utter mayhem.

At least three deaths have been reported amid violent protests, which seem to have only just begun.

So, what's the reason behind it all?

First, we should clarify a few things about the Bill 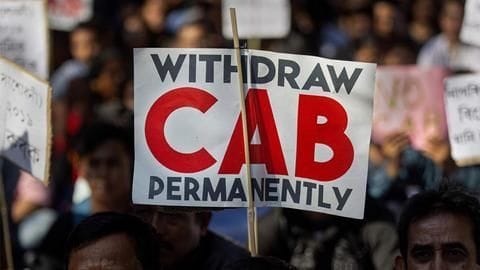 It seeks to accord Indian citizenship to Hindu, Sikh, Buddhist, Jain, Parsi and Christian immigrants from Afghanistan, Bangladesh and Pakistan, provided they arrived in India on or before December 31, 2014.

CAB applies to all of India, barring regions under the Inner Line Permit (ILP) and Sixth Schedule to the Constitution.

What is the Inner Line Permit and Sixth Commission?

Inner Line Permit is a document required to enter into regions protected under the ILP regime. An ILP holder cannot stay in the protected region beyond the timeline mentioned in the document. (These restrictions will apply to those who obtain Indian citizenship through CAB.)

The Sixth Schedule provides a degree of self-governance to Autonomous District Councils (ADCs) to certain regions to uplift tribal communities.

Which regions are exempted from CAB? 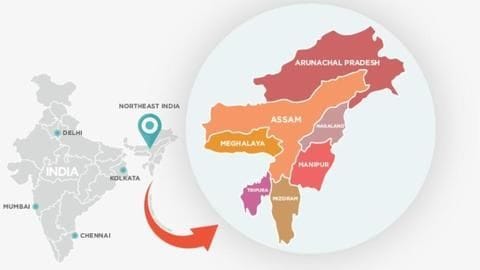 Under the Inner Line Permit (ILP), the whole of Arunachal Pradesh, Mizoram, and Nagaland are exempted from CAB. The ILP regime was recently extended to Nagaland's Dimapur and Manipur and is expected to include Meghalaya in its entirety.

Home Minister Amit Shah clarified that there will be "no dilution of Sikkim's rights," which is accorded special status under Article 371F of the Constitution.

What about Assam and Tripura?

This leaves Assam and Tripura. Under the Sixth Schedule of the Constitution, Assam only has three Autonomous District Councils (ADCs): in Dima Hasao, Karbi Anglong and the Bodoland Territorial Area District (BTAD). Meanwhile, Tripura has one ADC, covering its hilly tribal areas.

Why does the Northeast want to be exempted from CAB? 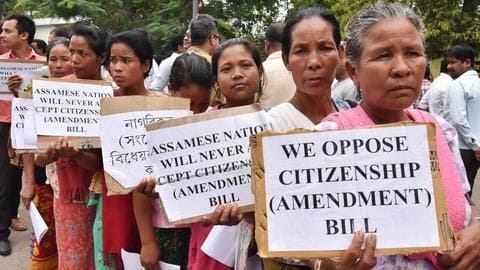 The Northeast is a culturally sensitive area, home to many small tribes, with their own traditions, languages, etc.

For decades, the region has complained of illegal Bangladeshi immigrants settling in.

In Assam, this influx led to a demographic shift with the Barak valley now being dominated by Bengali speakers.

In fact, the illegal immigration in Assam had even sparked a massive uproar in 1979.

During the 1979 Lok Sabha bypolls, people noticed a sudden rise in the number of voters in the Mangaldoi constituency, which had a huge number of illegal immigrants from Bangladesh.

The event triggered an anti-foreigner movement, riddled with protests, negotiations, and clashes, in which, 885 Assamese people were killed over 6 years.

The movement culminated in the signing of the Assam Accord of 1985.

What is the Assam Accord? 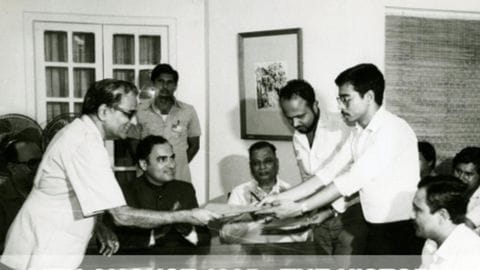 In 1985, the movement leaders and the Centre signed the Assam Accord.

It states that those who entered Assam between January 1, 1966-March 24, 1971, would be "detected in accordance with the provisions of the Foreigners Act, 1946 and the Foreigners (Tribunals) Order 1964" and remain disenfranchised for ten years.

Those who entered Assam after March 24, 1971, would be detected and expelled. 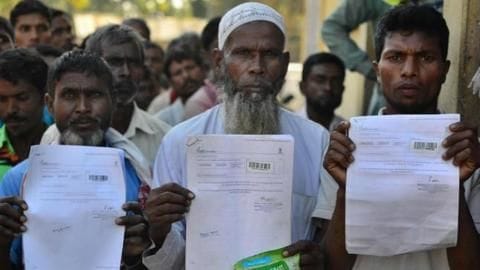 It was on the basis of the Assam Accord that the 1971 cut-off was set for the National Register of Citizens exercise.

As part of NRC, residents of Assam had to prove links with family members having their names in the original list, or in electoral rolls till March 25, 1971.

How do CAB and NRC tie in together?

Out of the 19 lakh excluded from NRC, most were Hindu "immigrants."

However, with CAB, these "immigrants," who may belong to any of the six religions benefiting from the amendment, can apply for Indian citizenship and remain in Assam.

This effectively negates the NRC exercise, which was itself criticized for excluding actual citizens over the absence of documents, thereby adding fuel to the fire.

How does CAB violate the Assam Accord? 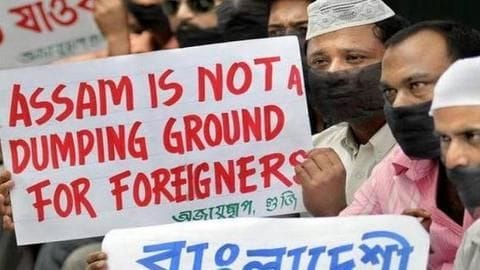 CAB permits illegal immigrants of six faiths to obtain Indian citizenship, if they arrived in India on or before December 31, 2014. However, the Assam Accord mandates that those who entered the state after 1971 be deported.

Clause 6 of the Accord also vows to "protect, preserve and promote the culture, social, linguistic identity and heritage of the Assamese people."

Assam Chief Minister Sarbananda Sonowal on Thursday clarified that the government is committed to implementing Clause 6 of the Assam Accord "in letter and spirit."

Prime Minister Narendra Modi also assured that the culture and traditions of the Northeast will be protected.

However, the people of Assam are taking these statements with a pinch of salt given, well, everything.

Here's what is happening in Assam right now

As protests in Assam continued to grow, curfew was imposed in the state and internet services were suspended in 10 districts for 48 hours, starting Thursday noon. The police opened fire at protestors and 3 people reportedly died due to bullet injuries on Thursday.

#CitizenshipAct: Amid Northeast violence, UK and US issue travel advisories