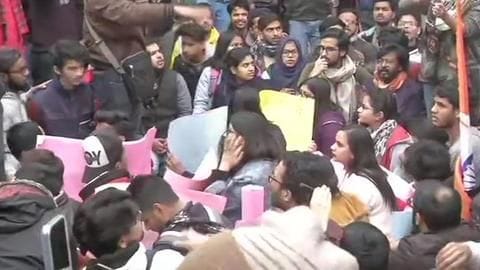 Among other demands, the students also want exams to be rescheduled and urged to make the campus safer.

The protest forced Akhtar to talk to students. 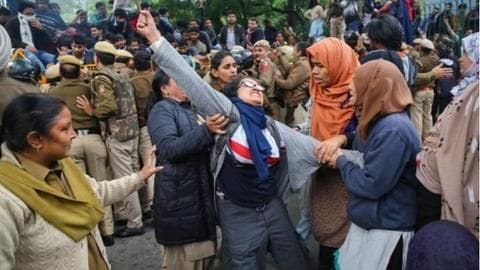 On December 15, Jamia students took out a protest against the newly-implemented Citizenship Amendment Act (CAA). However, after public property was vandalized and buses torched, the demonstration took an ugly turn.

Nearly 50 students were detained and were released, subsequently, after massive outcry across the nation. 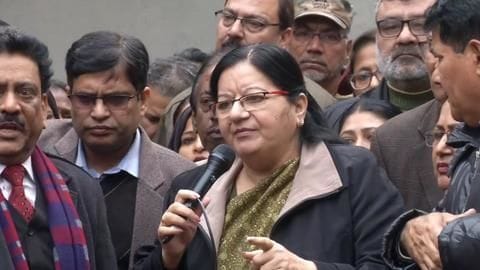 Weeks after violence rocked the varsity, students cornered Akhtar. In her first comment after the incident, the V-C had said she stood by the students and asked them to not be disheartened.

Taking the same line of thought today, Akhtar promised to go to court, despite being a government employee. She revealed the varsity registered an FIR but the police didn't accept it.

Yesterday, Akhtar told ANI that a team of the National Human Rights Commission (NHRC) will visit the campus on January 14 to record statements of the injured students.

"A team of NHRC had already visited the campus and we have provided the required evidence to them," she revealed.

Calling the police excesses "unacceptable", she said HRD Ministry has been requested to probe the incident.

Protests neither started not will end in Jamia: Akhtar

"The protests that have been going on across the country neither started nor will end with Jamia. However, we are of the opinion that the academics of the students should not be affected because of the ongoing protests," she underlined.

However, an investigation validated the students' version and it was learned that two officers fired bullets. But police apparently said they did so in "self-defense" since they were cornered by agitating students.

An SIT has been constituted to investigate the incident. 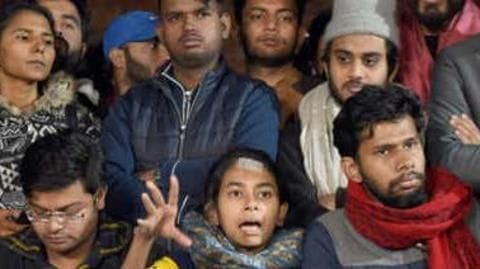 Besides Jamia, another university in the national capital is boiling. On January 5, the students of Jawaharlal Nehru University were thrashed by masked goons inside the campus.

But Ghosh, who was injured in the rampage, alleged cops were biased and claimed innocence.

Stone-pelting in Delhi's Seelampur over CAA; cops use tear gas