No, liberals aren't tolerant. They prefer ideological supremacy over democracy 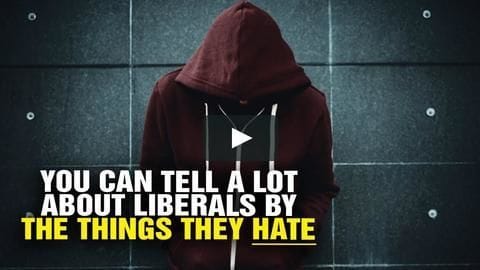 The world is going through a tectonic shift. The Left has been defeated across most democratic platforms, but they control academia, campuses, media houses; influence the millennials and enjoy disproportionate power.

It is also fashionable to be called liberals.

But, once you look beyond their suave demeanor and impeccable English, they reek of intolerance.

Let's imagine some 'what if' scenarios, which would unveil their hypocrisy.

If Deepika had requested JNU students to call off protests 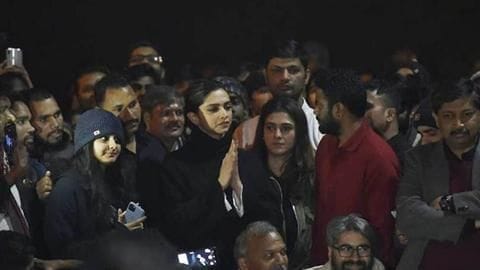 Deepika Padukone is one of her kind. She has spoken about her battle with depression, her comments are rarely flaky, and she made a movie on acid attack survivors. She has my respect.

But, why would she show solidarity towards just one group in JNU? Is this not "othering"?

Humor me and imagine: What would have happened if she had told them to call off the protests and attend classes? Would she have gotten the Kangana treatment then?

Sample this from JNU

Dear @JNUSUofficial kindly stop cheap theatrics. I know JNU left doesn’t like my dissent challenge to their narrative but this is new low even by ur standards. This slandering fake accusation by kangaroo court may force me to take legal action. Kindly inform those involved. pic.twitter.com/QjDQ7DD7KI

If Shashi Tharoor had called "Jai Shri Ram" a warcry Shashi Tharoor is not your quintessential politician, he has a sense of humor, he believes in the power of debates, his vocabulary (and not his ideology) defines him.

He has been a liberal hero since forever, but when he raised concerns that CAA protests might get hijacked by slogans like la Ilaha Illallah (Allah is the only god), he was heckled, and accused of soft bigotry.

He would have remained a secular leader, had he labelled "Jai Shri Ram" a warcry.

If Vistara had made memes on General Bakshi 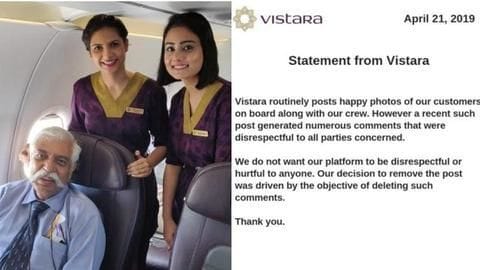 In April 2019, Vistara Airlines tweeted a photo saying it was honored to have General GD Bakshi onboard and called him a "decorated war hero".

Unbeknownst to them, they opened a cockpit of worms. His credentials were questioned, the liberals threatened they would never fly Vistara. Such was the outrage that the airlines had to delete the tweet.

Would that qualify as bullying by the tolerant gang? Now imagine, if Vistara had decided to make his meme, like Newslaundry?

If BHU had "sacked" a Hindu Professor

Although Banaras Hindu University didn't sack Dr. Firoze Khan, Assistant Professor in the Sanskrit Vidya Dharam Vigyan, but they didn't support him either. The treatment he got was textbook wrong.

In that same breath, can we discuss about St. Stephen's College? It receives funds from government and reserve 50% seats for Christians. Would you not call that communalisation of university space?

BHU would have become "less bigoted" if it had ever sacked a Hindu Professor, won't you agree?

If ex-CJI had ordered a mosque Liberals have a special, love-hate relationship with the judiciary. Don't believe me? Ask two former-CJIs, Ranjan Gogoi and Dipak Misra.

Gogoi was an overnight hero when he was a part of that infamous press conference, and he lost his ground when 2.77 acres of land was given for temple construction. Likewise, Misra read down Section 377. Did he ever become a liberal hero?

Imagine if Gogoi had ordered a mosque there. All the allegations against him (and you know which ones) would have been forgotten.

Does she respect courts? You decide

India is now effectively a judicial democracy #section377verdict #AdulteryVerdict #SabarimalaVerdict - what politicians wont do, cant do and are too scared to do- judges will can.

As someone pointed out, Right wins elections and Left wins debates.

None of them is without flaws, Indian Right is especially problematic because they think Modi is their hero and fail to see his flaws. They are rightly called bhakts, but would someone point out the hypocrisy of Left?

And, while we are at it, can logical people (like yours truly) be appreciated more? (Sorry, that was a bad joke).