New UP DGP: Will prioritize unbiased policing and crush 'goondagardi' 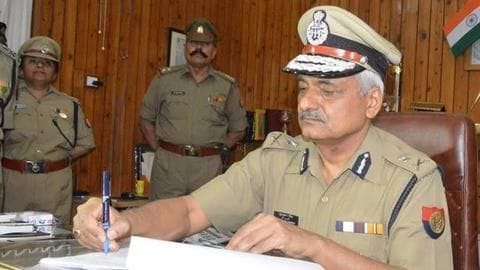 Newly appointed UP DGP Sulkhan Singh on Saturday highlighted the police would be tough-handed with breaches of law and order, and promised to crackdown on "goondagardi" and unwarranted citizen vigilantism.

Singh made the observations during his interaction with the media after taking over from former DGP Javeed Ahmed.

Outlining police stance on various issues, Singh noted his priority would be to ensure humane policing.

Who is Sulkhan Singh?

Singh, a 1980-batch IPS officer is currently the state's most senior. He has previously served as IG Jails and probed the police job scam during 2007-2012. His seniority had not been taken into account in postings made under the SP and BSP governments.

Why is this being done now? Law and order has been a top priority for the Yogi government. Singh's appointment has been executed as part of a re-shuffle implemented in police and bureaucracy as Yogi government completes a month.

Although BJP, petitioning the Election Commission for Ahmed's removal had accused him of working for SP during polls, Yogi is reported to have extensively worked with Ahmed in the first month.

What has DGP Singh outlined as top priorities? Singh noted the police would take strict action against citizen vigilantism with respect to gau-raksha and eve-teasing. He added, "We will not allow anyone to indulge in forceful behaviour as it leads to hatred in the society".

Women's safety and keeping morale of the force high were also highlighted as top priorities.

He noted the state's intelligence cells concerning terrorism, STF and ATS would work on inputs received form MP Police on possible terror strikes. "There will be no laxity", he added. Singh said he would further prioritize looking into IS sympathizers in the state.