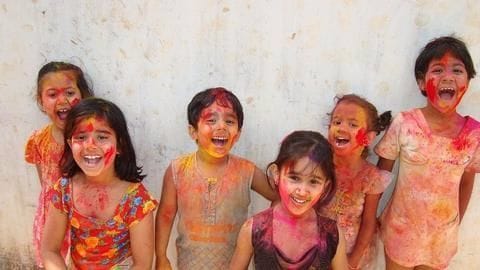 An audit of 10 districts of Haryana revealed that the remarkable improvement the state was apparently showing in sex ratio was the result of improper registration of newborns.

Districts overshot actual figures by as much as 135! District officials had reportedly been instructed to register newborn girls on priority basis, so boys were registered late and sometimes even moved to the next quarter.

But a health department official said it would have eventually been corrected, since "boys too are being registered, although a little late".

A 'Beti Bachao Beti Padhao' campaign team had initiated the audit after it got suspicious.

This comes amid reports that affluent families in Haryana are flying out for gender determination tests and sex-selective abortions, both illegal in India. Thailand and Singapore figure among preferred destinations. Officials also seem to know about the trend, but are unsure how to tackle it. Most officials agree monthly or quarterly data is inaccurate. "Some officials have shown a tendency to make up data…(but) by year end, all data will be accurately compiled," Rakesh Gupta, state coordinator for Beti Bachao Beti Padhao.

Meanwhile, Jind Deputy Commissioner Vinay Singh assured action, but said mistakes are unlikely as all newborns are registered for Aadhaar.

#HealthBytes: Five things you probably shouldn't do right before sex

#HealthBytes: Five ways in which sex improves your health